RZA writes, directs and stars in "Man with the Iron Fists" #RedBandTrailer

I am SOOOOO watching this! Peep the red band trailer below... 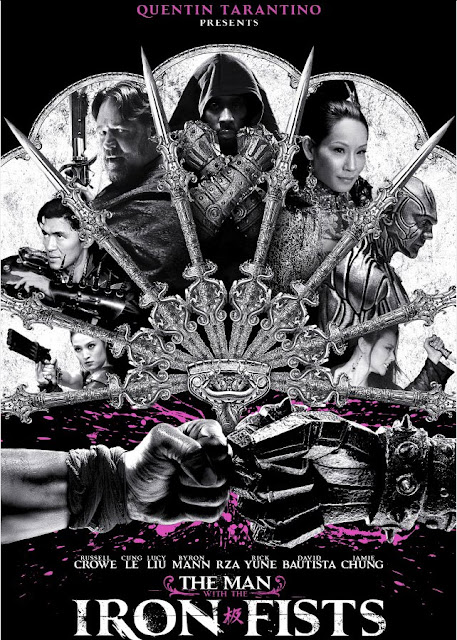 This is a movie that was bound to happen eventually. The Rza has been rocking movie scores, small roles and cameos (Ghost Dog, Kill Bill, Afro Samurai, American Gangster, Funny People) for years. He's a martial artist and strategist with a naked love of Kung Fu philosophy and cinema that peppers his award-winning musical catalog as an emcee and Abbot & producer of the venerable Wu-Tang Clan. Rza's been "going Hollywood" for years and now we are blessed to see the fruits of that labors. 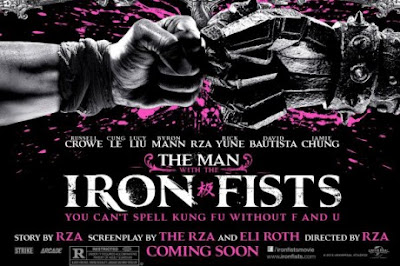 The Man with the Iron Fists stars the Rza as a blacksmith and weaponer in a small village in feudal China. When prototypical evil dudes come to town, he is put in the position where he must defend himself and his fellow villagers. Iron Fists marks the Rza's directoral debut, with Quentin T producing and a nice cast which includes fine ass Lucy Liu, Russell Crowe, Jamie Chung and more.

This is a great trailer, promising to bring the spirit of the Wu Tang full circle via supernatural Kung Fu, flamboyant villains toting ill weapons, and babes that bring the pain as well as the guys. Good times. Even with a stellar cast, a bangin' soundtrack and a premise that I'm totally sold on, I can't guarantee a great movie. This is Rza's first movie after all, and film is a director's medium. That said, I feel like it will be a fun movie. All I really ask is for a decent story to hold together the ingredients I see here and I think we'll have a winner. So far, I don't see a release date, but when I find out more, I will definitely let you know.

So what do you think?
say something!

Looks good. Cool characters. Can't tell if the kung-fu will be any good. Eager to find out.

That's a good point. I look forward to the next trailer, which will almost certainly have more Kung Fu in it. I have no clue how soon to expect this to drop, so I'm going kinda crazy anticipating it! :)