the mighty DETECTIVE BOOGALOO returns to the internets, but please don't call it a comeback... 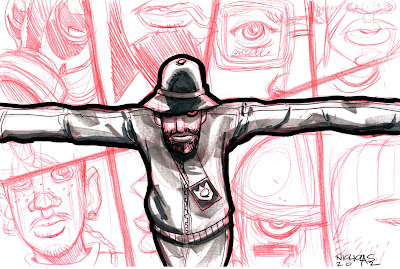 I took a nap today, and when I woke up, I found an invitation to like a Detective Boogaloo Facebook page in my mailbox. The idea that my favorite webcomic of all time was making a return to the internet (and hopefully, eventually to print) was too thrilling for words, but that won't stop me from dropping a few...

Here's the Sales pitch:
BLING CITY.
In 1984, our hero, B-Boy JAMES LEE BOOGALOO fell into a coma after breakdancing on radioactive cardboard behind a chemical plant. He awakened in 1995, 11 years later with the ability to stretch his body to amazing lengths, and also to find out his evil brother ICE TRE' has taken over the city as an infamous gangsta rapper with superpowers. BOOGALOO only has one course of action to stop his brother - he has to join the police force.
Now, it is the present day, and DETECTIVE BOOGALOO and his associates must bring BLING CITY and hip-hop back from evil, and thwart ICE TRE' once and for all.
The Long Arms of the Law have returned, and remember - there's no such thing as halfway crooks!
A brief refresher: 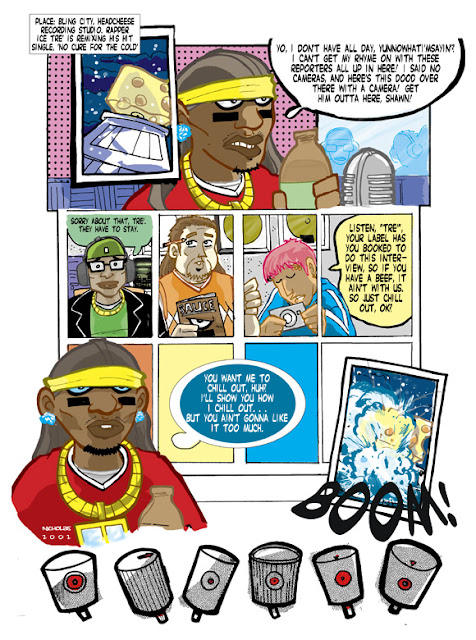 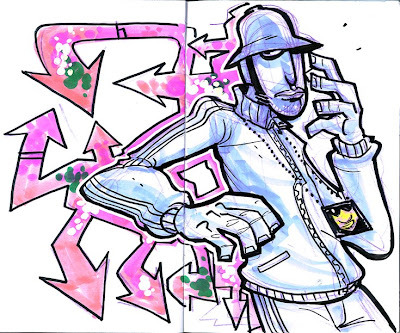 When Detective Boogaloo first burst onto the scene,I did not know Jamar, I was not into the internet, and I thought webcomics were the dumbest thing ever. When a friend showed me Detective Boogaloo, my first reaction was jealousy. "This dude is doing what I'm trying to do," I thought in my then heavily-dreadlocked head, "and he's making it look easy..." 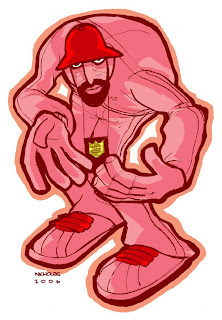 Never one to to let the sun go down on my hating, I got over it and became a fan instead. Even though Jamar was a friend of a friend, I never imagined he would become my friend too, but when circumstances brought us in contact with each other, I immediately liked him. Very few people are more excited when Jamar has success at other things than I am, but in my mind, Jamar was born to make Detective Boogaloo. Boogaloo exudes Jamar's love of the culture and embodies his frustration with it without having that "old dude complaining about rap" feeling that makes me feel like slapping my peers on the daily.  His Boogaloo strips and bonus features parodied and celebrated the full scope of hip hop history in a way that seems tailor-made for today's viral social-media culture, and he did it before even the mySpace era. In James Lee Boogaloo, Jamar has created the Captain America of the old school hip hop generation, and he doesn't even know it. Detective Boogaloo is Jamar's magnum opus or something, so the news that he intends to bring the Hip Hop Cop and the Ill Crimes Unit back to the internet makes this a red letter day for me! You can definitely expect more news about this as fast as I can get it (Jamar is like the Lord of Secrets or whatever), but for a start, PLEASE make sure you "like" Detective Boogaloo, Hip Hop Cop on Facebook, so you can get the news from him! Let's make sure Jamar KNOWS we are excited about the return of an underground legend. y'all know the name.
Good to see Boogs in the mix whenever I can!