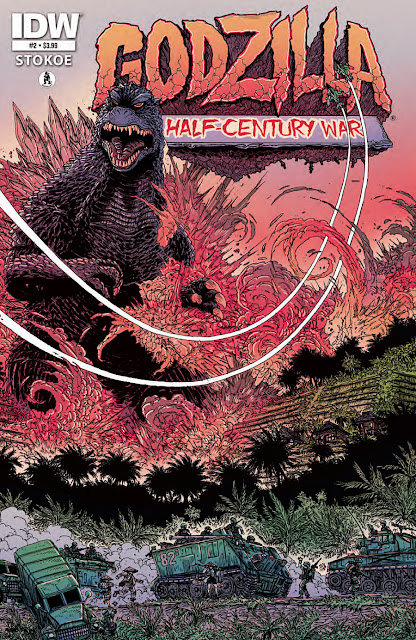 Everybody knows I freaking heart master comicbook monster maker James Stokoe, so I won't waste time talking about it, let's just peep this preview of Godzilla: Half-Century War...
Here's the Sales Pitch:
The year is 1967 and Godzilla is on the move... to Vietnam! With a war underway, Godzilla is the last thing the country needs. Lieutenant Murakami follows Godzilla to try out some new tech on the monster, but a super-sized foe named Anguirus might just be the most effective counter-measure. It's a rumble in the jungle, don't miss it! 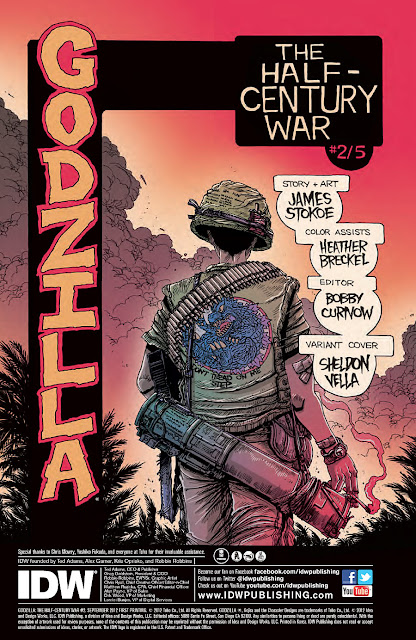 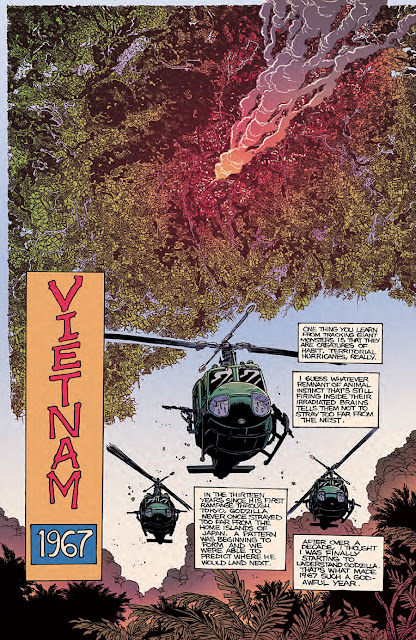 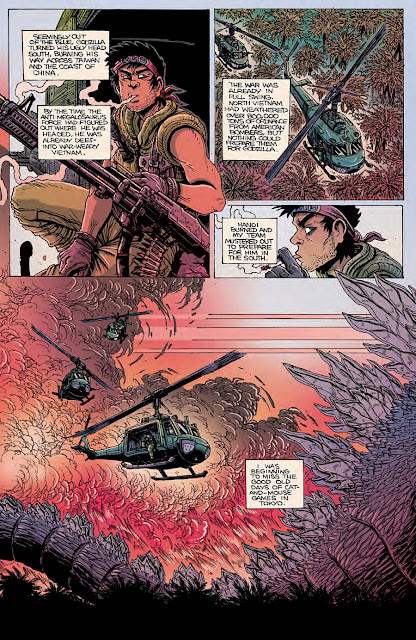 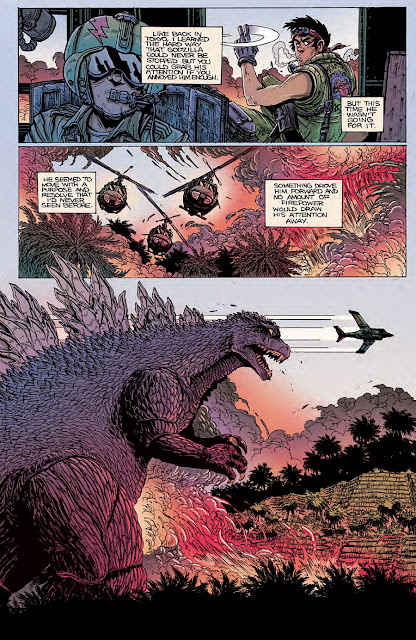 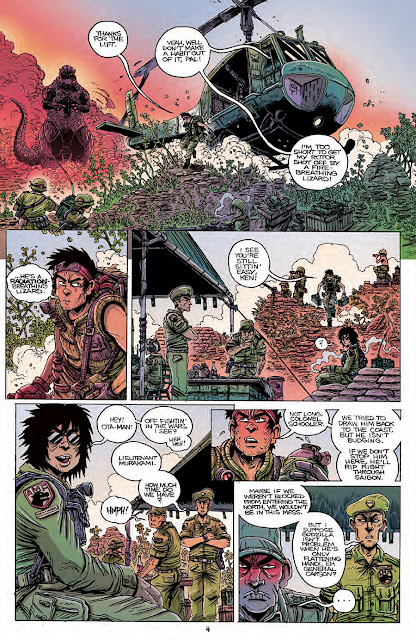 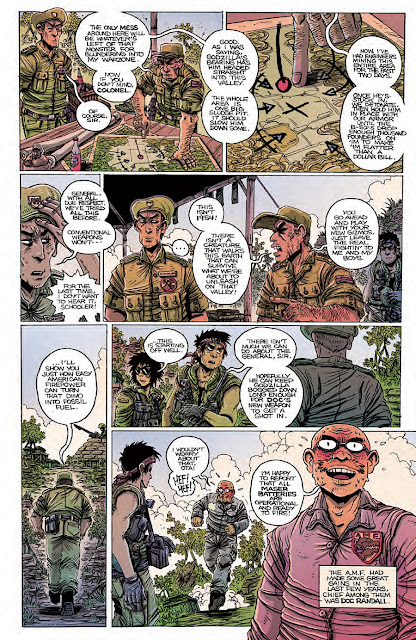 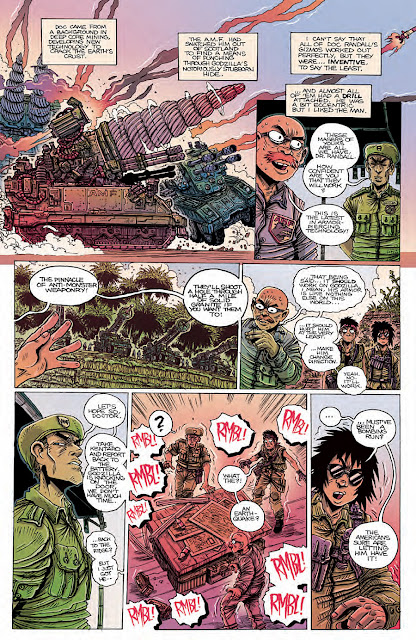 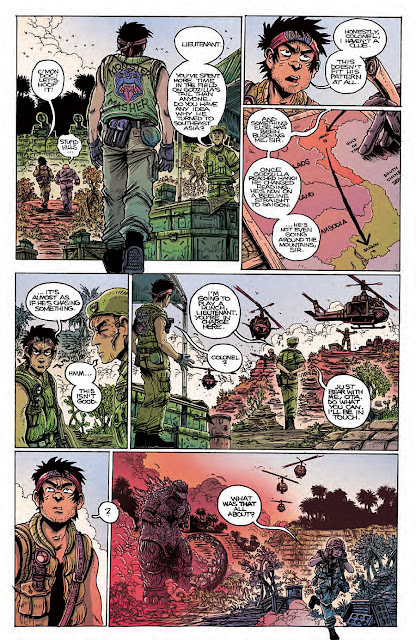 I read the first issue of Half-Century War, and I intend to buy this one if it isn't sold out by the next time I go to my comicshop.  If I have the bread when the trade collecting these issues comes out, I'll buy it, but I still wanna get all the single issues if I can. I don't read that many Godzilla comics, but the combo of the King of all Monsters and this rising comics auteur is too much for me to pass up. Anyways, Godzilla: Half-Century War is in stores now. COP IT!