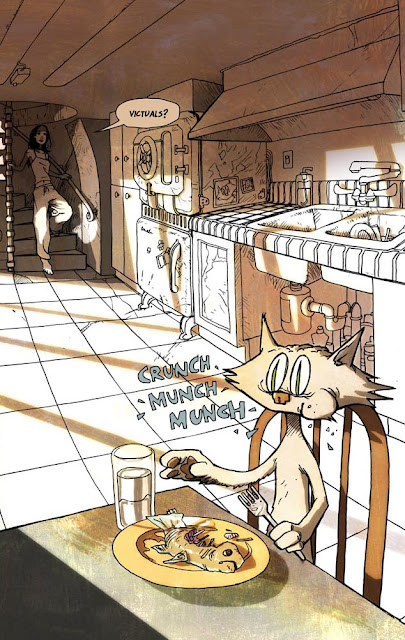 , but one of my readers who actually BUYS my magazine insisted that I check it out, so I did (NOTE: buying stuff might just get you on my good side, but I make no promises...). What I found there initially threatened to send my bad mood into full-blown clinical depression!
"Dang Samax..." you may say. "Was it THAT bad?"
No. It was that good... 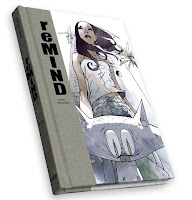 As you may know, I actually draw comics myself from time to time (when I'm not being a dork and not drawing them), and nothing makes a slumping cartoonist feel like a bigger cheesedick than stumbling onto another cartoonist who makes it look so DAMN EASY! I only looked at a few pages of Brubaker's comic-book-under-construction blog for his hella weird opus before it became clear to me that I was not on my game. Not just the writing, drawing, coloring game... but clearly this dude was approaching the self-publishing of his book with the same flame that was lighting his pages on fire, and for a minute or two, I was really pissed... 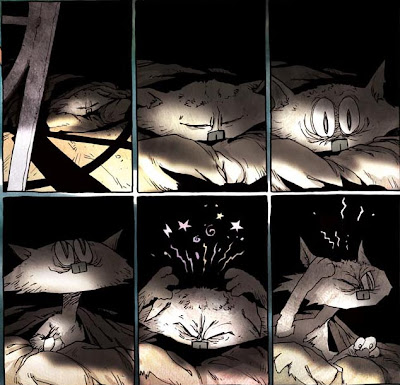 Then, I reminded myself (no pun intended) that his achievements as a cartoonist or self-publisher, took nothing away from me. In fact, since he was so transparent about the process on his blog, I might actually learn something from his efforts. So with new determination, I launched into his posts, basically an online journal of the development of the comic, and his adventures in herding it through the printing process. Brubaker had applied for and been awarded a Xeric Grant to help fund his comic, and was in the process of raising the remaining funds for the book on Kickstarter. After reading the pages below, I put in my pledge to preorder the lush hardcover that I pulled out of my mailbox today. 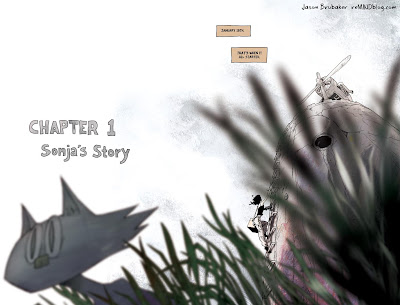 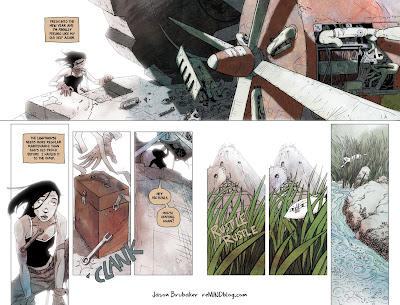 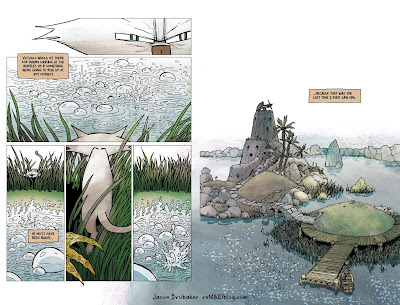 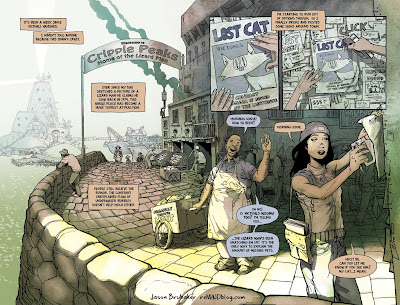 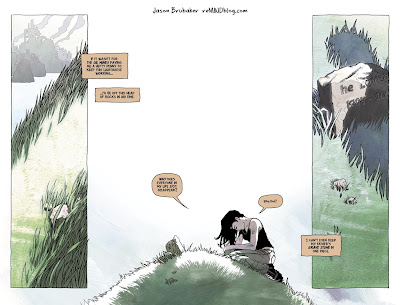 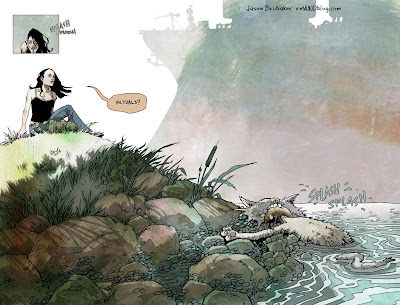 These pages are giving you the merest glimpse into the weirdness that ensues in the book, where we learn what's REALLY under that water and where Victuals the Cat wandered off to, and what kinda weird stuff your girl Sonja has been tinkering on in that lighthouse! This is clearly a book Brubaker has been screwing around with for years, and end result is very rich and satisfying. The book is a real page-turner that would have drove me crazy following as a weekly webcomic. As it is, the only thing that kept me from screaming "NOOOOOOO!!!" in full-on Hollywood melodrama when I reached the last page's cliff-hanger ending was the knowledge that my 2 year old daughter was sleeping in the next room. 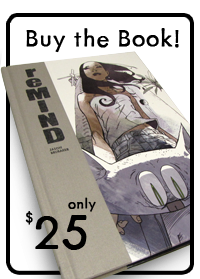 Anyways, in case you can't tell, I highly recommend reMIND

. Like I said, once I read a little of it, I knew I had to read it first in graphic novel form first. After a typical long Monday shuttling my wife and daughter around and drudgerous drawing on the computer at work, finding this in my mailbox was a real shot in the arm! And I'm not even SHOWING the best stuff... reMIND (Vol. 1)

to pre-order this fresh arse hardcover on Amazon for the low low price of $25... or you can click here to read it online for the even lower low price of free. Whichever way you hafta read it, just see that you do, by any means!
holla!

yeah, I didn't even show the best shit... check that website fam!

I peeped his web page a little while ago....glad this is out...may have to get this with my allowance money!!

yeah, you're the one who pointed it out to me! lol! It hooked me instantly!