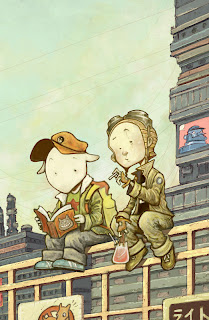 You know how sometimes you have artists who you go crazy for, but you temporarily forget about them until you see some more of their work... at which time you remember and go crazy for them all over again? Maybe it sounds weird, but it perfectly describes my relationship with the work of Sonny Liew (My Faith in Frankie

). So I went crazy yesterday when I found out that Image was dropping a collection of his comic Malinky Robot from the venerated FLIGHT anthology. Here's some random pages below that I repatriated from the internets... 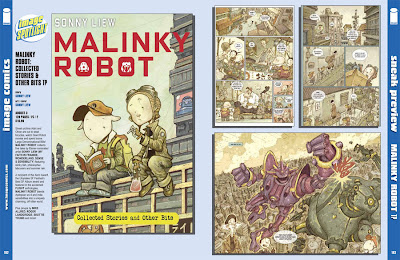 (My Faith in Frankie, Wonderland, Sense and Sensibility) set in a near-future city of San'ya.

A recipient of the Xeric Award and Best Science Fiction Album award at the Utopiales International SF Festival, and featured in the acclaimed Flight anthologies, MALINKY ROBOT blends dystopic sci-fi and indie sensibilities into a uniquely charming, oddball world. 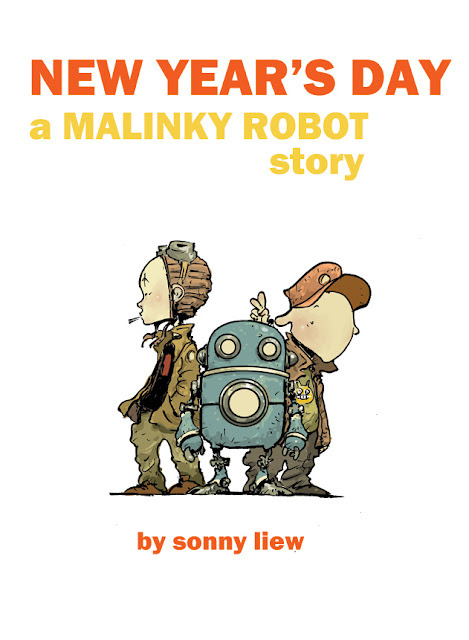 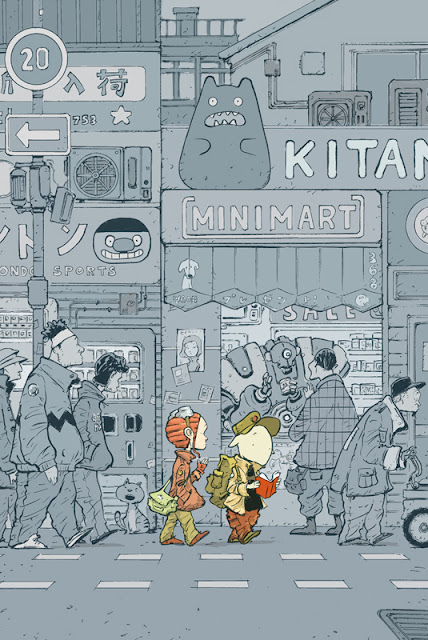 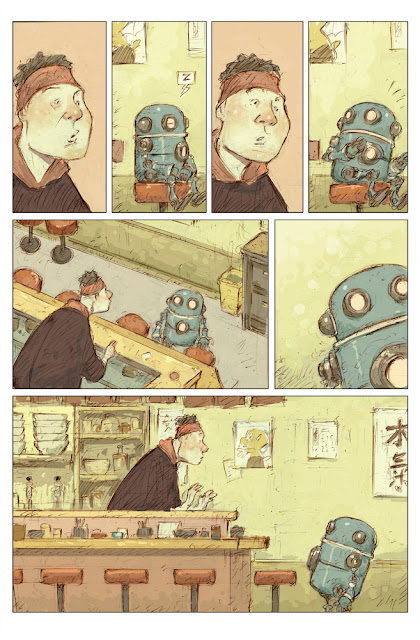 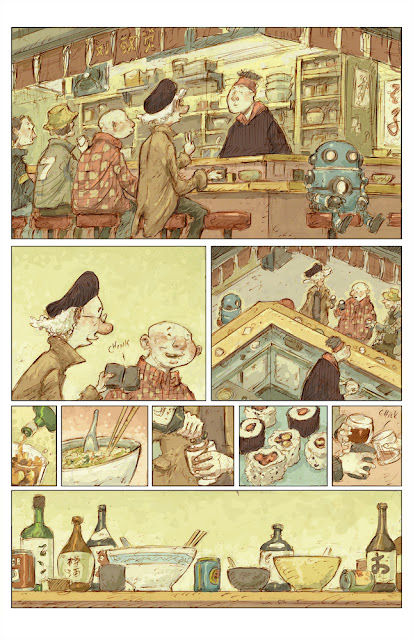 I haven't read the latest FLIGHT

joints (the series is ending with volume 8

by the way), but I have loved everything of Sonny's that I have read (I didn't read Sense and Sensibility, but my wife says it's awesome!), and I'm looking forward to getting this as soon as I can! Malinky Robot drops August 15th.

That looks gorgeous. Thanks for bringing it to my attention.

no problem, Walter! Thanks for reading!

Hey Samax! I like so much the characters and style of this artist to illustrate, that's really cool!! thank you for sharing it!