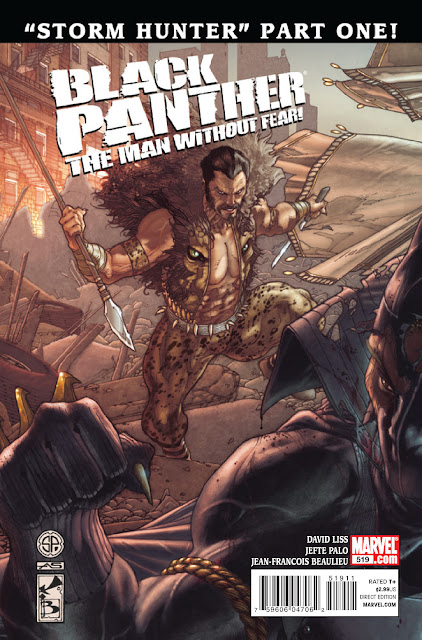 I haven't been paying very close attention since Black Panther took over Daredevil's book in Black Panther: Man Without Fear #513, but as a dude who grew up idolizing Spider-Man and who has become a fan of T'challa the Panther, this is the (re) match-up I've been waiting on...

Here's the Sales Pitch:
PANTHER + STORM + KRAVEN THE HUNTER = “STORM HUNTER” PARTS 1 & 2! From the rooftops to the subway tunnels, why is Spider-Man’s deadly foe stalking T’Challa across the city…and how long until the prey targets the pursuer? Plus: will the world’s greatest predators have anywhere to hide when Ororo arrives and rips the skies open? It’s the first meeting of husband and wife since the Panther’s new status quo…in the two-part thriller that will show why IGN.com says this series is “the gritty, violent action romp the character needed..." 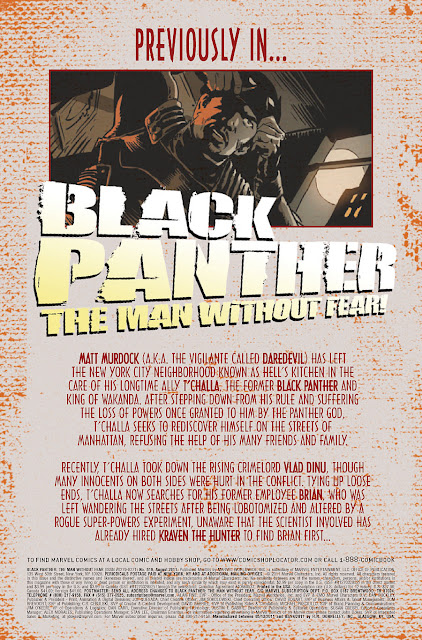 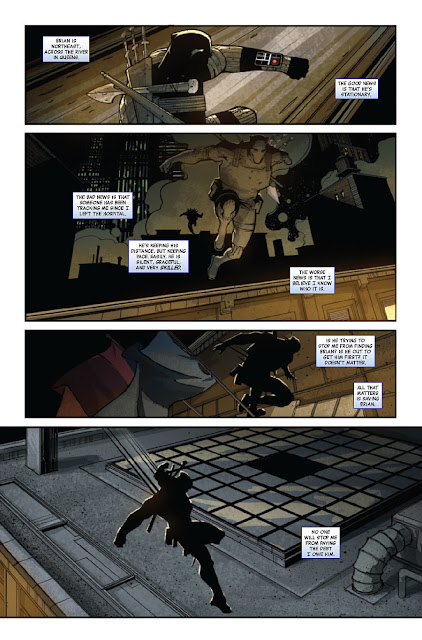 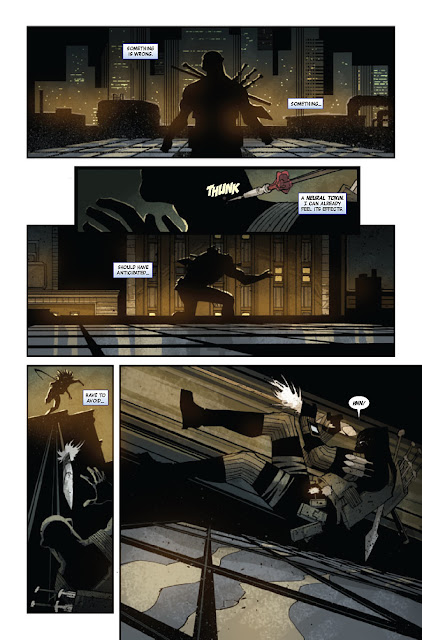 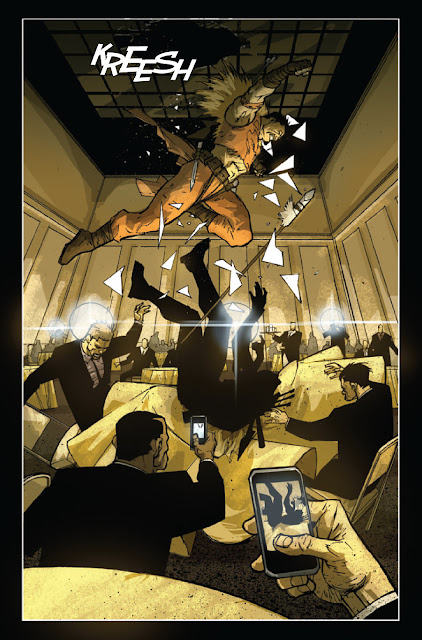 T'challa has layed the wood to Kraven the Hunter before, but that wasn't the REAL dude (he was dead at the time) it was his son. Now he's gotta face Kraven without the enhanced prowess he gained from the mystical herb he ate when he was king of Wakanda. Kraven was one of my favorite Spidey villains growing up, so I'm looking forward to this story arc... 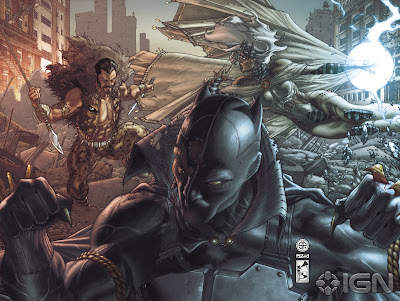 what happened to DD?

He took over the Hand and tried to use the ninja clan to bring order to New York. Got overzealous and possessed by evil magic. The whole Shadowland event covered it. He left Hell's Kitchen in Panther's hand so that he could wander around and "find himself" or something.

The shot of Panther putting on his mask reminds me of the episode of The Gutters.

yeah, what HE(or she) said!
also, check this out http://ghettomanga.blogspot.com/2011/01/in-stores-now-daredevil-reborn-1.html

I was reading T'Challa's own book until it was canceled. Luckily, the guy at the comic book shop sold me on the writing on DAREDEVIL around the time that issue #500 hit the racks, so I added it to my subs. I wuz already enjoying this title, but was – needless to say – pleasantly surprised when BP assumed the subheading of the 'Man Without Fear.'

With regard to this issue, I'm really glad to see that the art is being handled by the guy who penciled the 'See Wakanda and Die' storyline in BP 39, 40 & 41. I liked the previous artist, but I also thought that an artistic upgrade was in order for this title, and this is it.

This art looks similar to who ever did the Black Panther Secret Invasion storyline. Is this that person?

@ Steelo- yeah, it is.
@ St Paco- "See Wakanda and Die" was transcendent. As a long-time fan of the Panther, it was just what I wanted to read. I'm glad to see that cat back on on chores too.