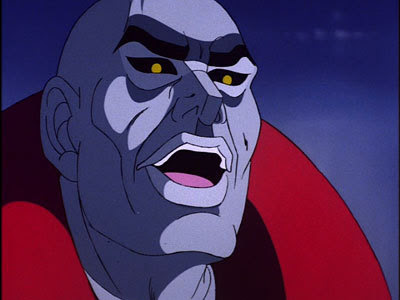 My dude Solomon Infinite Abdullah gave me a copy of his album CRITMON (Constant Re-creation In The Moment Of Now) years ago... I remember INSTANTLY  loving this song Chrome Faced Destro for obvious reasons...

"This song is actually not about the G.I. Joe character, except as a metaphor... when people look at you in a negative light, it's actually a reflection of their sense of self, as if  you had a chrome face..." Solomon explains.
I can dig it.
Hopefully, he will forgive me for posting a sweet pic of Destro anyways... Solomon is one of the multitude of rappers I have met since I moved to the Dallas area, and a cool guy besides. I probably met him attending emcee battles (one of my favorte aspects of underground hip hop culture) where he was a constant fixture. Anyways, Solomon dropped CRITMON on bandcamp recently, and I figured I'd pass it along!

"The concept of this album is that each moment of life is to express the highest version of our current selves possible." He shares on the CRITMON bandcamp page, where you can download the album free. "The apparent succession of moments of 'now' are there to facilitate the evolution of what we see as the new and (hopefully) improved versions of ourselves. This album has a plethora of emotions and topics to express. Hopefully, you do too..."
word.
holla!
samax.
ghettoManga.com
comics. hiphop. news. art. culture
edited by Samax @ 8:00 AM

SOLOMON! I haven't heard from that cat in years!

yeah, he sends me emails all the time. Cool peeps as you know!