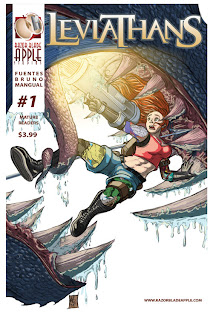 As you no doubt have concluded, I love independent comics. At any given time (even in a good economy) there's way more comics out there that I want to read than I could ever possibly buy! I've started keeping a "Wishlist" of books that I've seen samples from that I want to buy. My main reason is just to give me an excuse to shine light on comics that look freaking awesome... for example, Here's some preview pages from Razor Apple Studios' urban fantasy, Leviathans which introduces Cherry Nine, who has flipped her status as the world's greatest dragon hunter into making her an international reality television star... 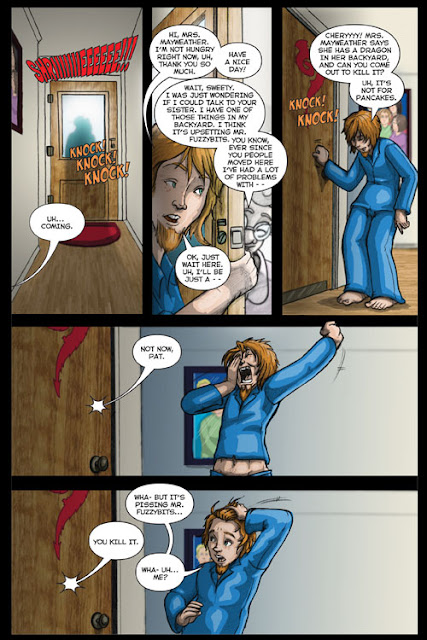 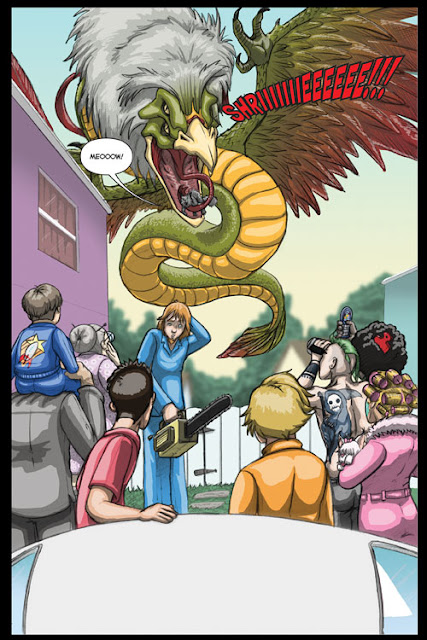 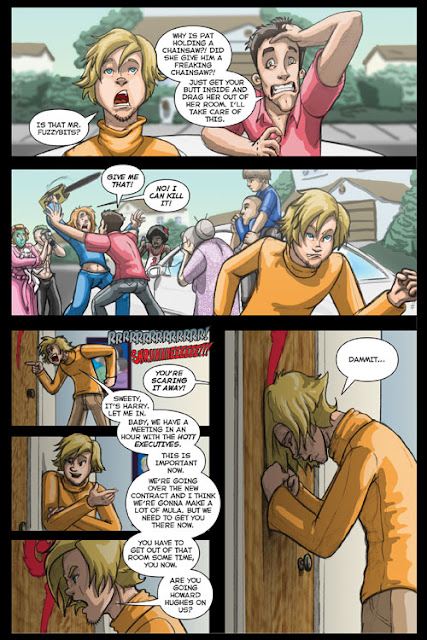 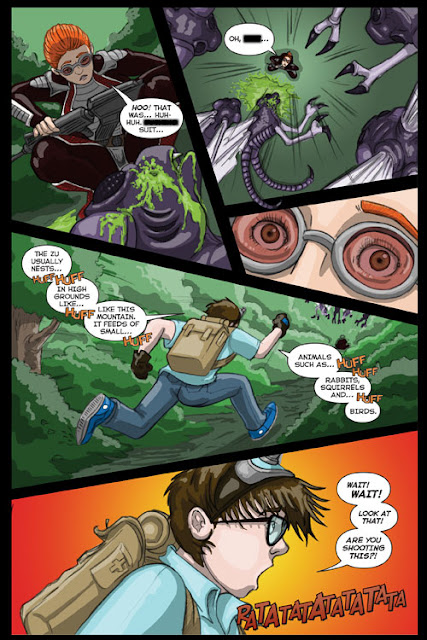 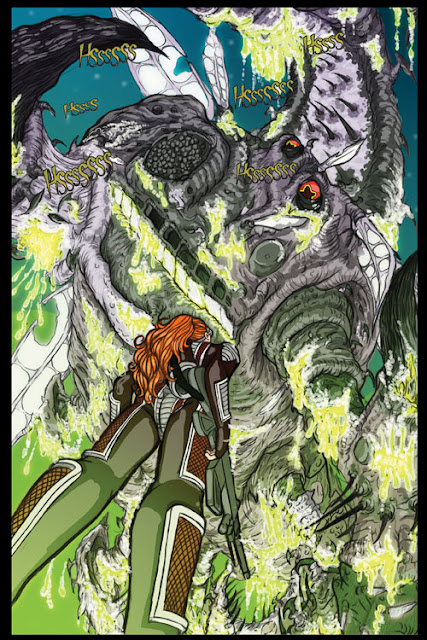 I found this and two other issues (Leviathans #2) and a one shot called Leviathans: Belly of the Beast) on Indyplanet. I found a pretty cool website for Razor Apple Studios, but it doesn't appear to have been updated lately. I'd still love to get a look at these comics, though! If the fine folks at Razor Apple come across this post and decide to slide me copies (or if readers wanna buy 'em for me), I'll be happy to post a review. Either way, I hope this is one indy book that is sleeping, not dead! Click here to cop Leviathans #1 at Indyplanet! You can also click here to peep more Wishlist joints!
holla!
samax.
ghettoManga.com
comics. hiphop. news. art. culture
edited by Samax @ 10:33 AM