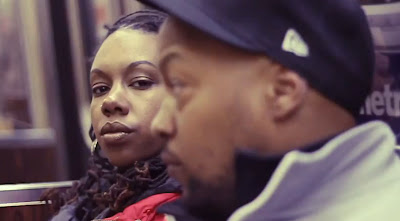 MoNey Stax and The Rapture, known collectively as Conscience Operations (or The Co-Op for those who don't like the big words) are here with the video for their new single, Rap Money...


I first became aware of Stax as half of the mighty female rap duo Vicious Cycle (along side the incomparable Neeky Devero), and met her husband (known in hip hop circles as The Rapture) at a friend's birthday party before I knew he could rhyme. Both of them have the chops when it comes to rhyming and getting their proverbial grind on to turn raps to riches, and they're flexing a bit of both in this video. This song is a brief autobio of their marriage, which is grounded in their love for hip hop. But you'll only know that if you listen to the words, cause this doesn't sound like no love song! These two are all about the bangers, and the beats and rhymes of Rap Money are committed to a producing a screw-faced head nod, while the content just might warm your heart if you let it! Brilliant... 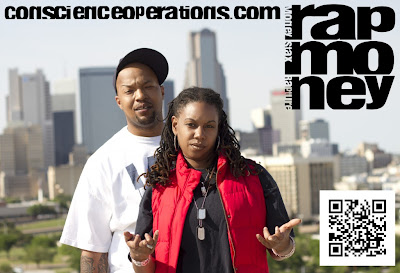 Anyways, Rap Money will be on The Co-Op's self-titled EP which is due to drop in September 2011, but you can download the track free right now, 'cause I guess they're feeling generous.