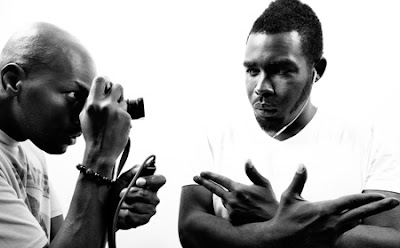 D-nice's TRUE HIP HOP STORIES returns as D dash sits down with the mighty Pharoahe Monch to talk about OH NO, a classic joint he did with Mos Def and Nate Dogg back in the Rawkus days.

Pharoahe Monch is a perfect example of a famous underground rapper. I mean, my wife knows Nas, she knows Rakim and Public Enemy, she knows Mos Def and Kweli... but her eyes glaze over at the mention of Phraroahe Monch, even though I play his music and talk about him all the time...
Conversely, put on the classic joint Simon Says at any party, and you'll know how many rap heads you have in the place by how many lose their minds when they hear that DUN-DUN-DUN-DUN... just count the hands that go in the air the first time he says 'Throw ya hands to the sky'... hip hop heads SWEAR BY Pharoahe Monch, especially his debut solo record, Internal Affairs

.
My wife would prrrobably know who Pharoahe was had he NOT taken eight years to come out with his second solo record, the ghettoManga Award winning smash Desire

(which I reviewed in-depth for the first issue of GhettoManga Quarterly). But he did, so he remains obscure. Hopefully, next month's release of his upcoming record WAR (We Are Renegades) will help raise Pharoahe's profile a little, but even if it doesn't, I'm expecting it to be another banger!
holla!
-samax
ghettoManga.com
comics, hip hop, news, art, culture
edited by Samax @ 10:33 AM