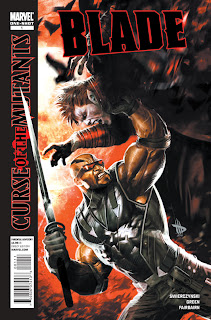 I Just spotted this dope preview on CBR... apparently, Marvel has a new X-men crossover going on, where vampires are running up on the world/s remaining mutants? I wouldn't care, but the resultant fallout is this ILL looking Blade One-shot. here's the sales pitch:
Someone… something… is killing vampire slayers all over the world. Blade, the biggest, baddest slayer of them all, gathers an emergency assault team to blitz the bloodsucker underground and force answers out of whoever’s not reduced to a pile of smoking ash. But Blade’s not going to like what he hears. A new dawn is rising for the vampire nation. The rules are about to be rewritten, and Blade’s about to go to fang-to-fang with a new threat he knows he can’t fight alone…
sounds tight, huh? peep the preview below... 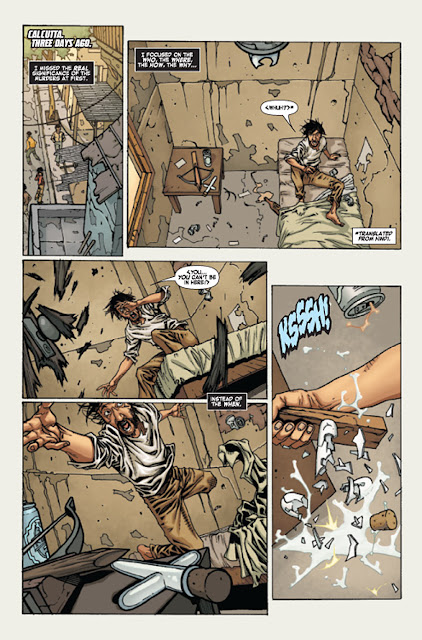 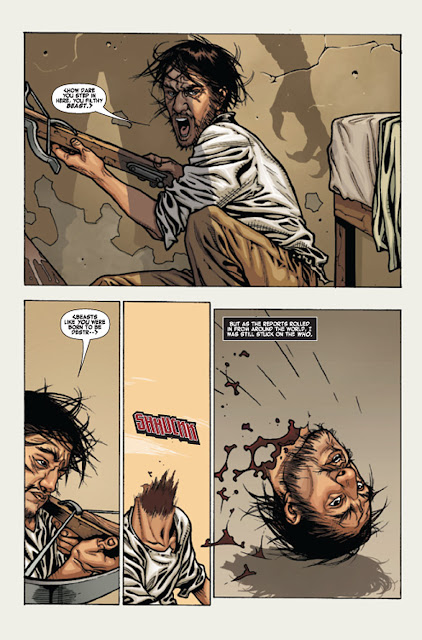 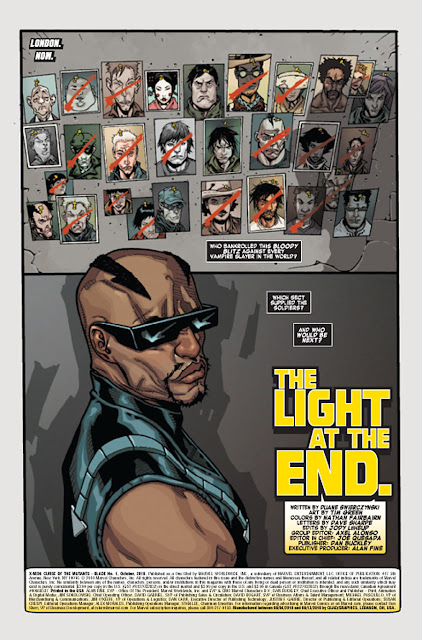 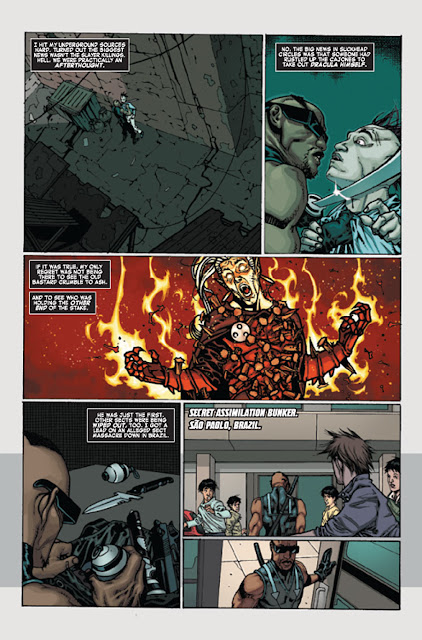 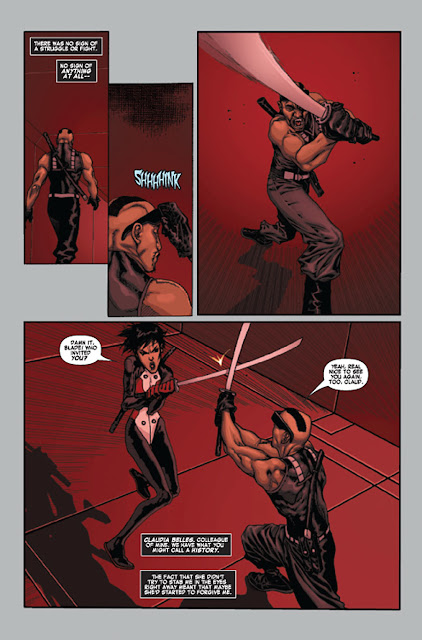 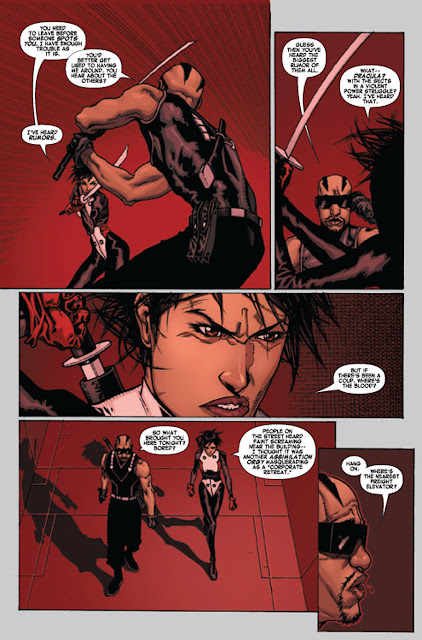 That's a good opening... I haven't read a comic with Blade in it in YEARS, but I feel like they broke me off enough info in that six pages for me to decide to start cop this joint. Blade: Curse of the Mutants One-shot will be in stores August 25th.
holla!