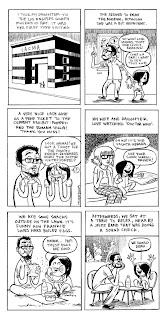 Even before my wife and I had my daughter, I was inspired and entertained by the relationship my online friend Adolfo aka Ofloda Monstro has with his daughter Frankie. Ofloda is a splendid cartoonist and all-around art guy, and when he immortalizes his relationships in these little comics he draws and posts from time to time, it's a real treat. He does lots of comics and sketches about his personal life that feel similar to snapshots of his daily routine, including some of the highs as well as lows. His stuff is equally fun when he's being literal and slice-of-life, or when he draws something fantastical or whimsical. 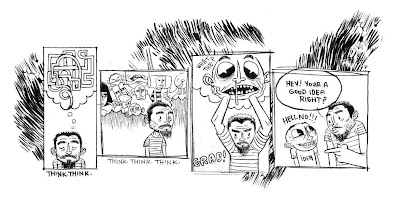 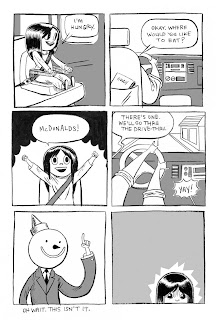 the strips vary widely in tone. some are falling out hilarious, and some of them actually hurt a little to read. Besides the fact that Ofloda has long since mastered the art of "cute", he also really seems to put a lot of himself into his work, which I guess is why after years of following his work on mySpace, I was primed and ready for the autobio stuff he's been doing lately. Ofloda's comics are not whiney or self-important, and he varies them so much that when he does something in the "that's messed up, homie" category, you actually say so! 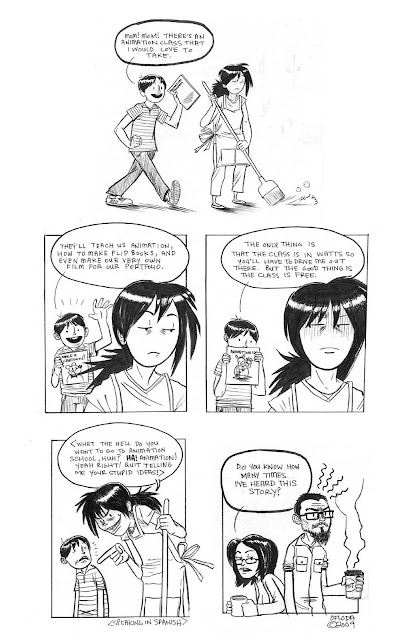 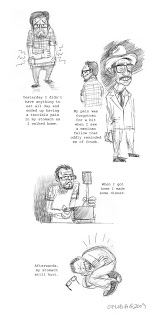 Back when I was chronicly single, his art and photography really gave me a feel for what it might be like to be a comic book artist and a young husband and father at the same time. He even does a good job portraying the frustrations of being an artist and family man without whining about it... it's a fine line that he walks well. I would love to publish some of his work myself someday in some form or other. Until I can make that happen, feel free to keep tabs on him on his nifty little art blog Ofloda Draws... just click here.