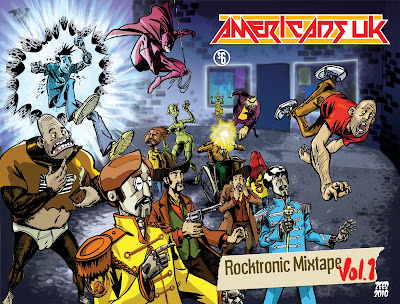 If you're one of the discerning few who copped the second GhettoManga print magazine, you already know all about ZEES, who won our MF DOOM art contest and drew the cover art featuring the world's greatest rapping supervillain! Not that he ever went anywhere, but ZEES is back on cover chores for the Rocktronic Mixtape Vol 1 for the Brooklyn-based band Americans UK.
Now this particular Mixtape is actually an anthology of comics stories based on the bands songs. Check the sales pitch and some preview art below: 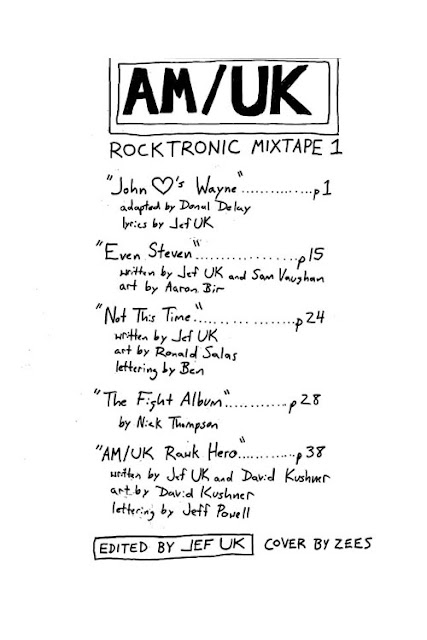 AMERICANS UK was the greatest band you'd never heard of until their guitarist and bassist were murdered. Now lead singer Jef UK and android drummer JTR3 are on the run through time to save their band! 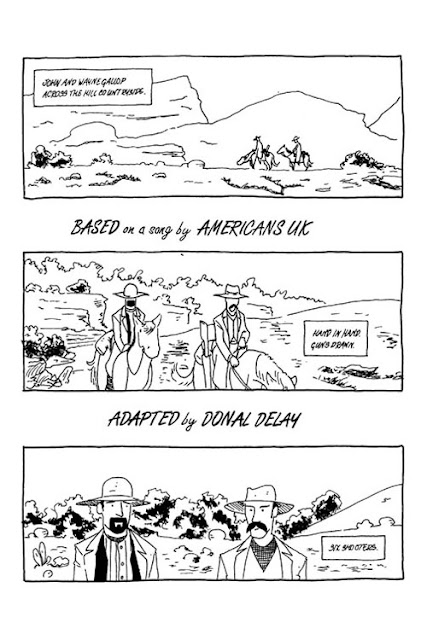 "John Loves Wayne" sings the ballad of two Old West outlaws whose deeds are unlawful at noon and taboo at midnight! Masterfully adapted by Donal Delay as based on the song by Americans UK. 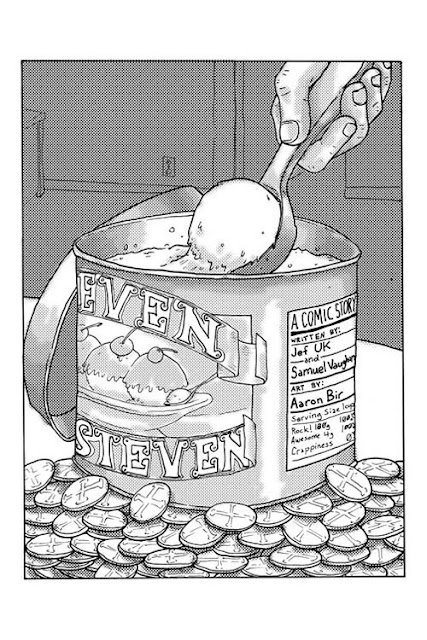 "Even Steven" tells two students' quest for ice cream, and the great mystery of the decapitated head that stares at them from the freezer! Beautifully rendered with great charm by cartoonist Aaron Bir. Written by Jef UK and Sam Vaughan. 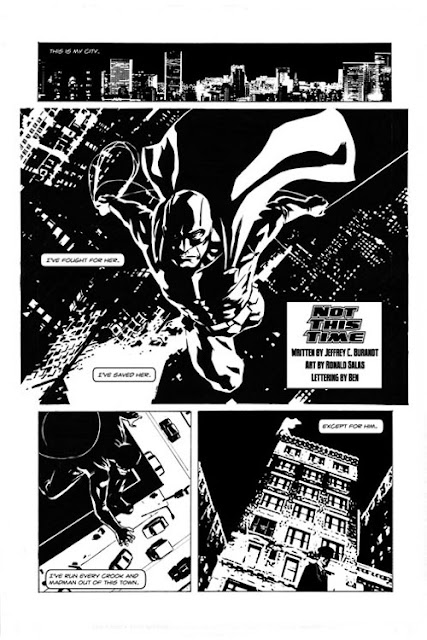 "Not This Time" depicts a dark twist on a classic rivalry, as illustrated by rising star Ronald Salas, and written by Jef UK. 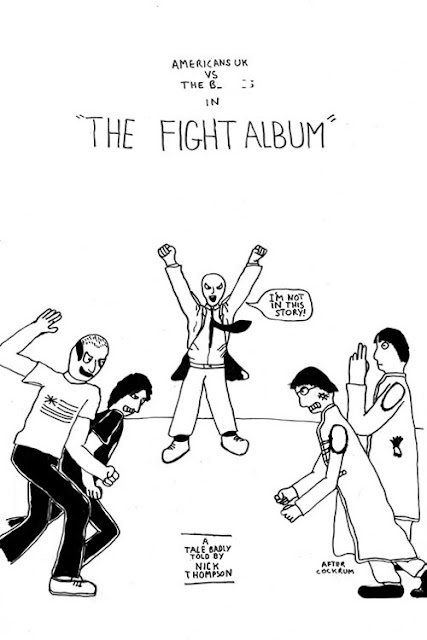 "The Fight Album" recounts the day Americans UK got the snot beat out of them by some unknown band from Liverpool. The Geatles? The Meatles? Something like that. I can never remember.  A tale told by Nick Thompson. 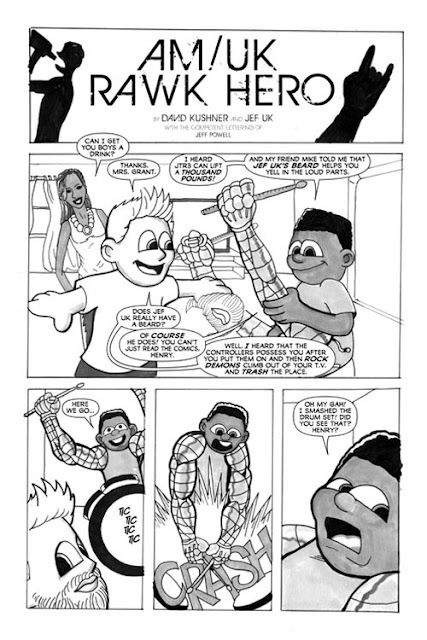 "AM/UK Rawk Hero" relates a cautionary tale against mixing electronic gaming with the Dark Arts, by David Kushner and Jef UK. See you in the future, Jef UK
40 pages of rock and roll science fiction and humorous tales for only $6?!? 5 up and coming cartoonists from across the seas? You have to check out these 5 amazing stories!

So yeah, if peeping ZEES cover to Rocktronic Mixtape Vol 1 makes you feel like you need it in your life, go over to Indyplanet and purchase yourself a copy. While you're there, cop his issue of GhettoManga too!
Then head over to his blog, where you can REALLY get familiar!
holla!
-samax.
ghettoManga.com
comics. hiphop. news. art. culture
edited by Samax @ 11:37 AM