Blacklist digs up the KING! 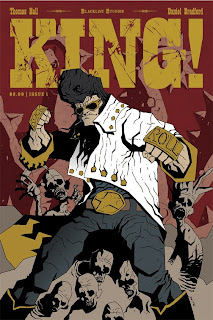 If you're looking for a new comic to check out this week that will crack you up and push your weird-shit-ometer into the red, you pro'lly wanna pick up Blacklist Studios' new book KING! Which stars a dude who bears a striking resemblance to everybody's favorite so-called King of Rock and Roll. But when this cat gets recognized In bars and cheap motels, it's not cause they think he's the dead rock icon, it's because he's a washed up pro-wrestler-turned monster killer for hire... So it's understandable that he doesn't like to be recognized. 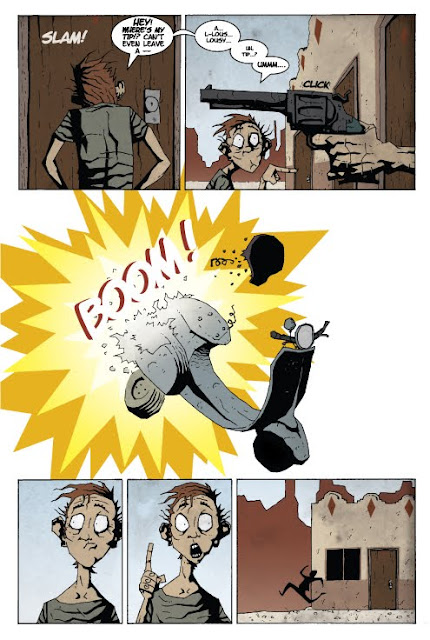 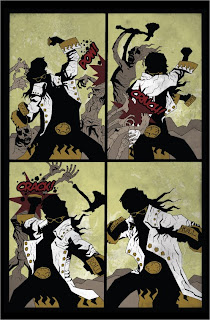 KING! comes from the same creative team that brought us the super-fresh indie smash Robot 13: the dynamic duo of Thomas Hall and Daniel Bradford. After reading the first issue, I don't expect KING! to have the emotional depth of Robot 13, but it's actually seems like it will be a lot more fun.  The first issue quickly introduces the main character -a surly bruiser who reminded me of Lobo at least as much as Elvis- and drops him into the middle of a Hellboy story (I mean that in a good way)... 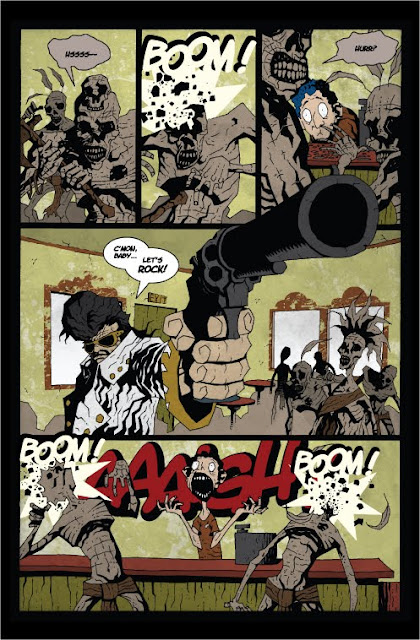 yeah... maybe the Blacklist cats wear their influences on their sleeves, but they are influenced by awesome comics, so it's all good! Anyways, Bradford's art is consistent and fun. I liked his stuff on Robot13, but it works even better here, where his sense of humor is really put to good use. Like Lobo or Hellboy, Bradford's King is as much a monstrous freak as the undead beasts he ventilates... 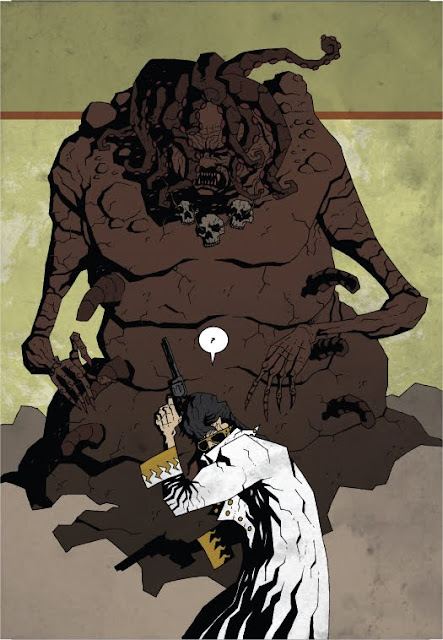 Well, maybe not...but that righteous mullet and sequin-worthy white coat makes him look KINDA ghostly or whatever (hmmm. Maybe it IS... naaaah). but yo, this is a nice little comic, fam. KING #1 is in stores now, so govern yourselves accordingly...

it is! These guys know how to make comics... it's a fun book so far!

Can't wait to get my hands on a copy! Nice review, Samax!

glad I could help you find something cool to read!