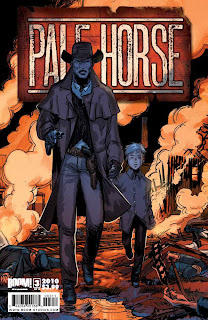 This looks dope. I'm gonna hafta track down the previous issues of this and support... Black cowboy bent on revenge equals buy this, seen? plus he got the youngster in tow on some Lone Wolf and Cub isht... NICE! peep the Sales Pitch and a 6 page preview (which reveals how the series gets its name) below. PLUS the CLASSIC Boogiemonsters track Behold A Pale Horse, because that's how the eff I roll!


Barely having escaped with his life, Cole must make his way back to the front lines of the Civil War to deal some justice of his own. With his son in tow, and an assassin hot on his tail, Cole will have to face the wilds of the West and horrors of War if he wants to keep what remains of his family whole. The penultimate issue of the critically acclaimed series from the writer of the best-selling FALL OF CTHULHU and fan-favorite series DINGO and HEXED! 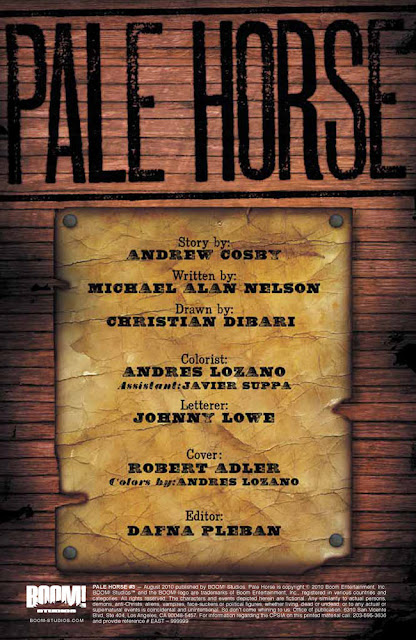 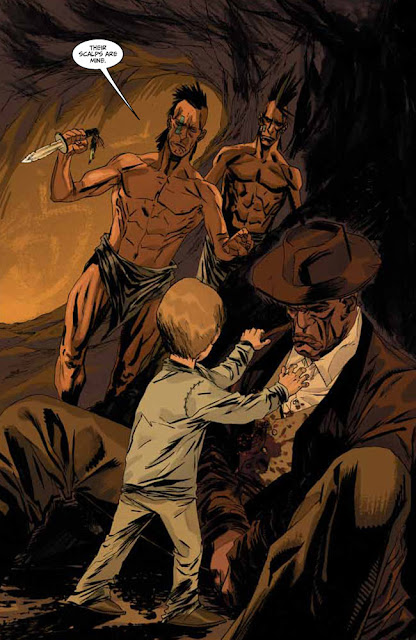 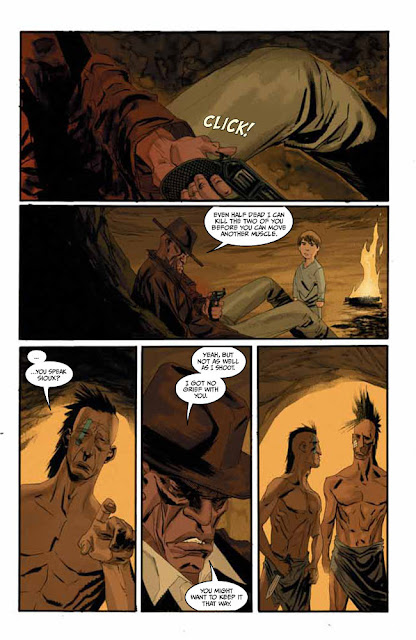 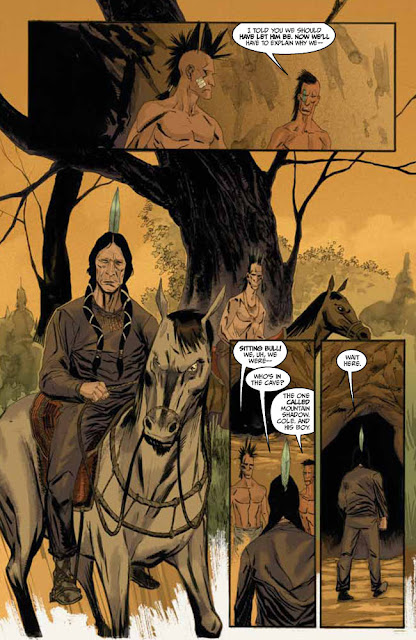 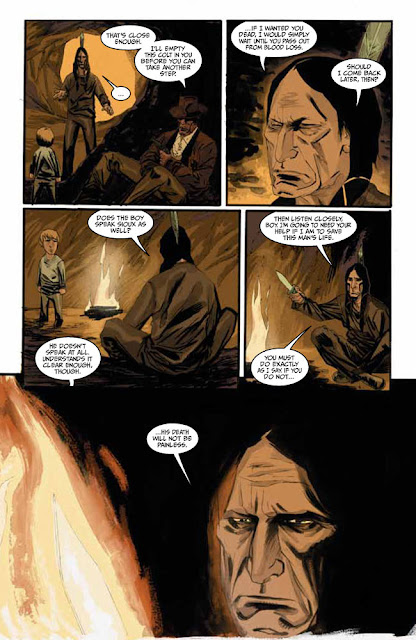 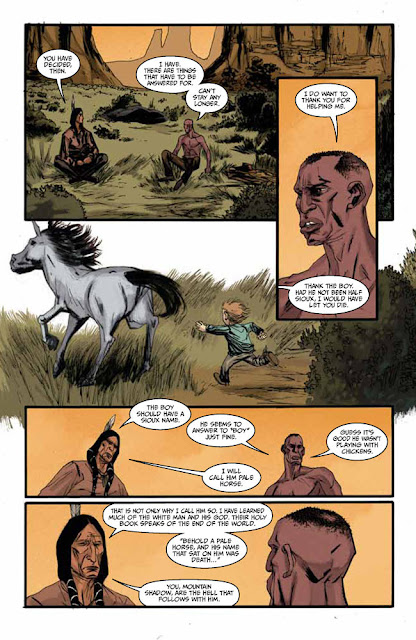 (fam... I forgot how nice that Boogiemonsters track was...) So yeah, I now recall seeing the first issue of this a while ago, but don't think I posted it up... aaaand here's the preview pages from issue #1. this looks super-ill... hope I can find this joint next time I go to the comicshop! peep that cover by Leonardo Manco and Robert Adler! 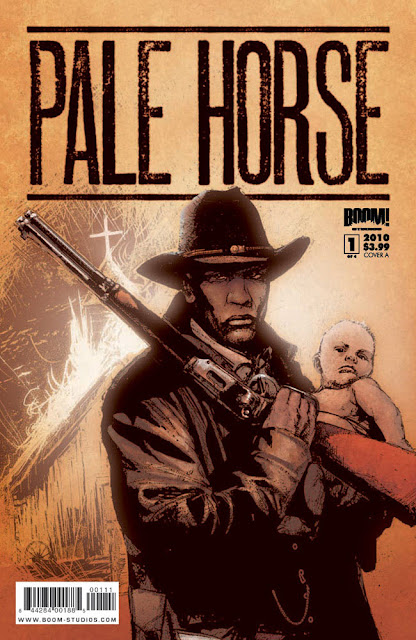 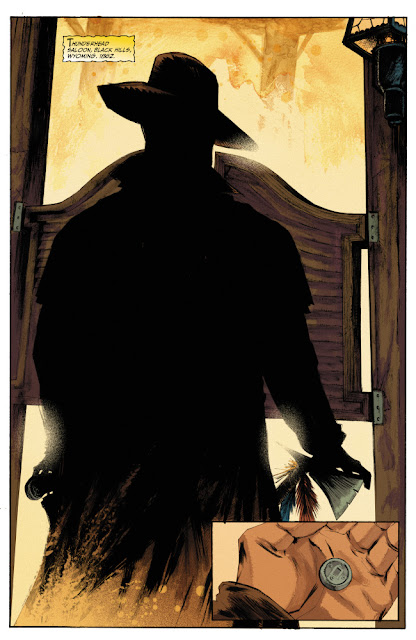 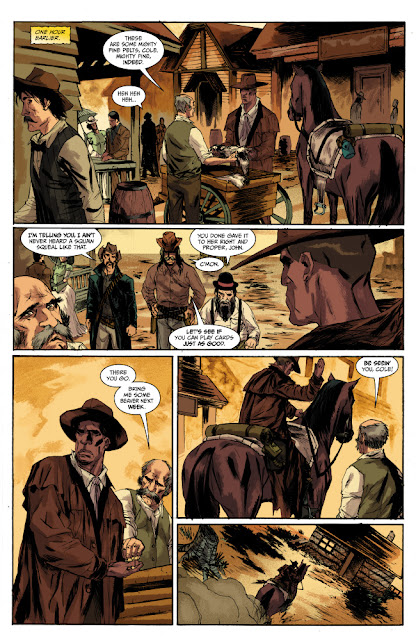 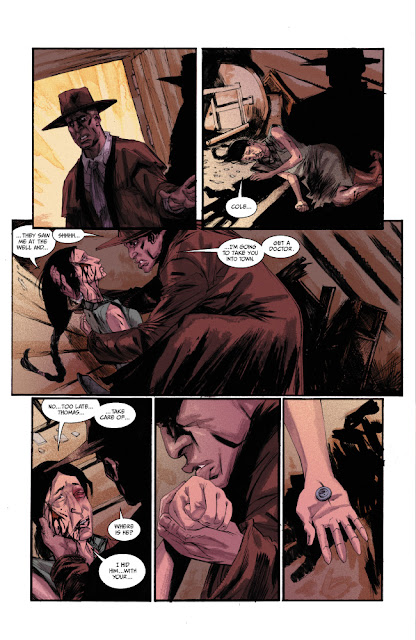 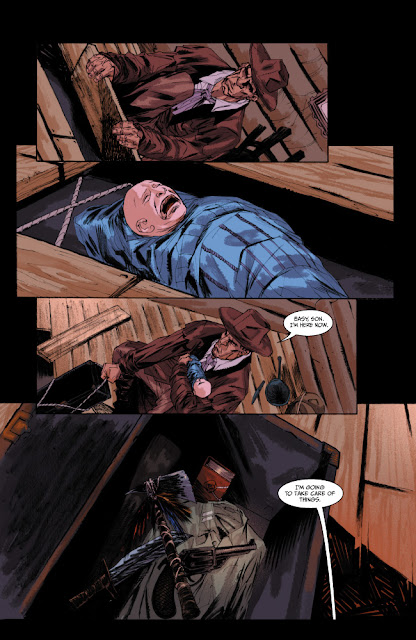 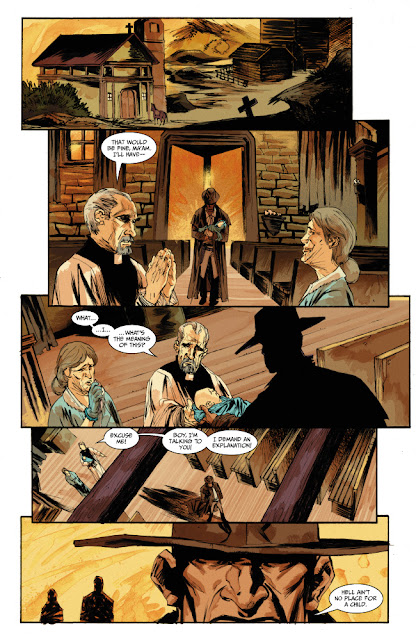 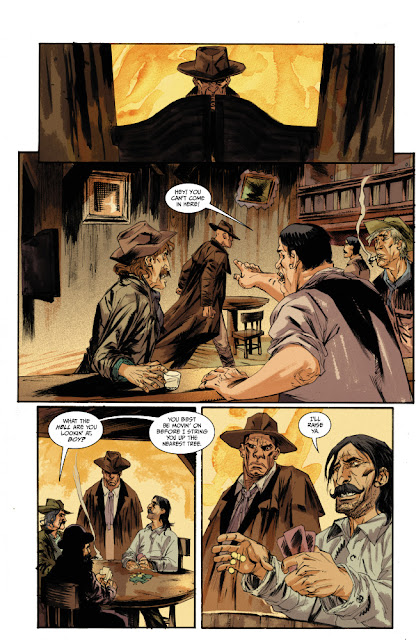 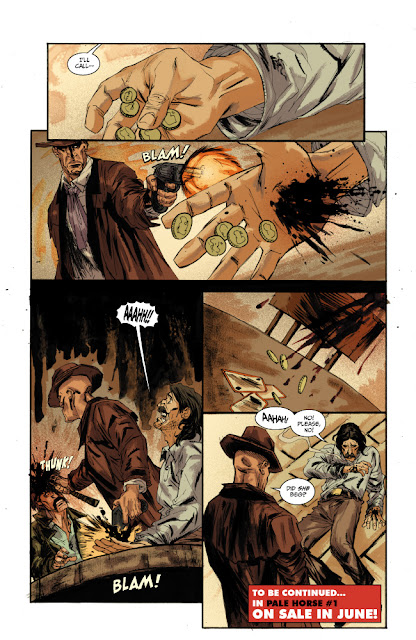 BOOM! Studios re-invents the Western – and you’ve never seen the Old West like this before. Ex-slave and former Union soldier Cole has spent the years following the Civil War building a reputation as the most fearsome bounty hunter in the land. But when the tables turn and a bounty is placed on Cole’s head, all hell breaks loose. Finding himself unable to protect the thing most precious to him – his family – Cole goes on a rampage of revenge, leaving only a trail of blood in his wake. With nothing but his horse, his one surviving son and his gun, Cole’s rampage leaves no stone unturned and no culprit alive! Covers by Leonardo Mancoo and Robert Adler.

so anyways, that mess looks dope to me. what do you think?

The story looks awesome, but I have to say I'm digging the art. It's too stiff for my tastes.

I can agree with that. I would characterize the art as "good enough"... although I never give the writer 100% credit for a good story... I generally give part of the credit to the artist for being legible.