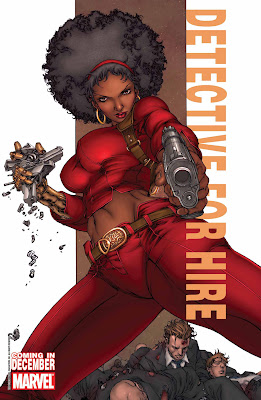 I was pleasantly surprised to hear that Marvel is launching a new Heroes for Hire series starring Misty Knight that has some returning characters from previous H4H series (like Misty's man the Immortal Iron Fist, and the douchebag you love to hate, Paladin), not to mention a few eyebrow-raising surprise players. 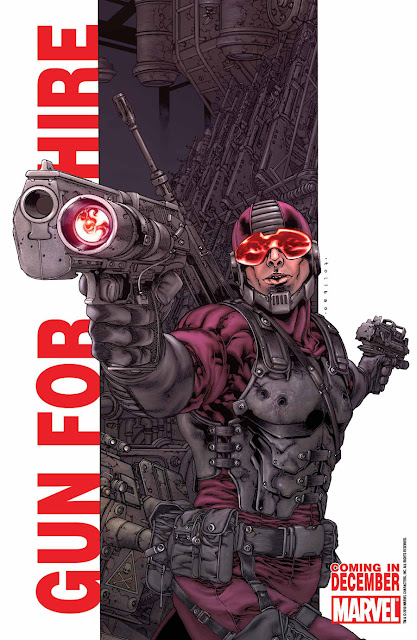 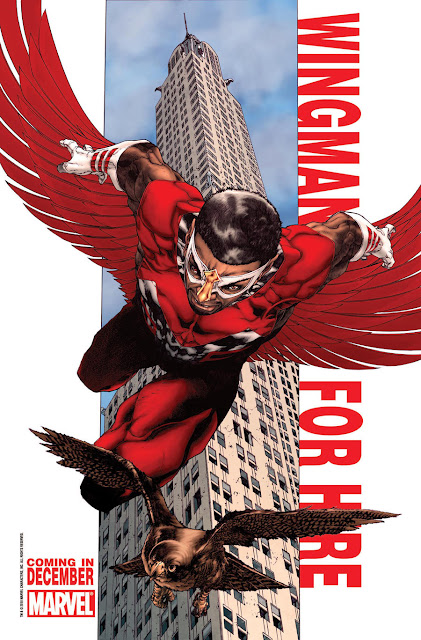 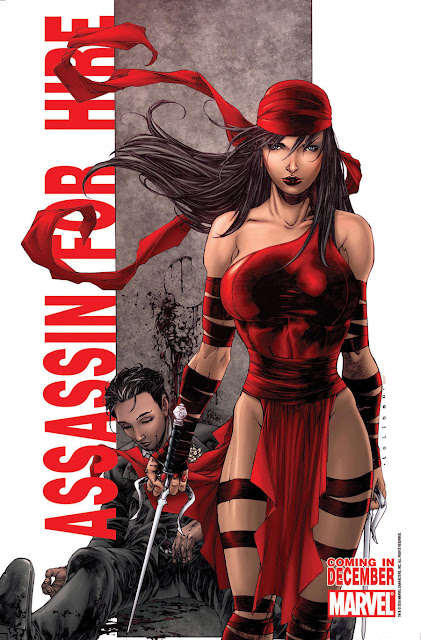 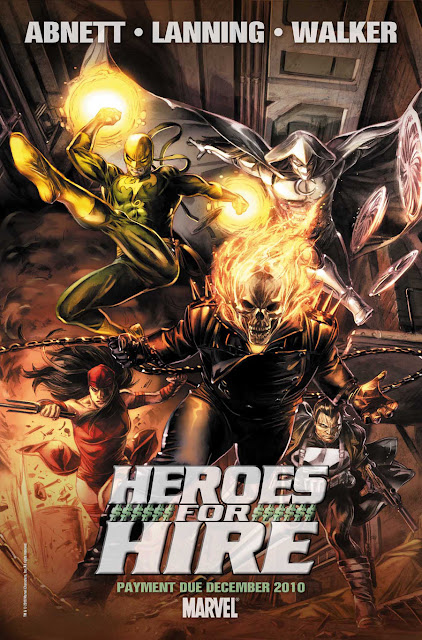 After loading her team up with obscure characters during the Civil War: Heroes for Hire

mini, I guess Marvel decided it was time to give Misty an All-Star team to play with! I was shocked to see Elektra and the Punisher running alongside Moon Knight and Iron Fist, but they are clearly trying for the same vibe that makes books like Thunderbolts work. Conspicuously absent, of course, is Misty's BFF Colleen Wing (at least in these teasers), who is currently starring in her own miniseries Daughters of the Shadow.  Perhaps the outcome of that series explains her absence from the new Heroes for Hire joint, which drops in December. As you already know, I always welcome more Misty Knight in my life, so I'm copping it to see what the deal is... With Cage in two  Avengers  books and Thunderbolts, Colleen in a mini and now the new H4H book, it's a great time to be a fan of the old gang!
holla!
-samax.
ghettoManga.com
comics. hiphop. news. art. culture
edited by Samax @ 1:02 AM

Yeah! That pic of her is badass, and so is the Falcon's. This looks like it's going to have crazy potential, especially since my boy Danny is going to play a role (but how could he not? Anything Iron Fist touches is g o l d e n!) Good post!!

They're bringing back Falcon? Sweet.

He totally fell off the planet back in the seventies, didn't he? (I've got a precious copy of Captain America and Falcon #200, btw)

@sweet_hots- I'm really hopeful that they will do this book right! I ♥ Misty Knight and the Falcon!

@Arkonbey- I remember a sweet Falcon miniseries from the mid-to-late eighties where it was revealed that he was a mutant. He and redwing took out a banged-up Sentinel that was rampaging through the hood! Now I hafta go dig it up! LOL!

It's an interesting team, and I'm intrigued. But I must say, there are some characters, like Punisher and Elektra, who I wish they would just let be super-villains. I even like Ghostrider better when he's a villain in someone's book. Can I get a witness?

BTW, Paladin is a major dick, but I still think he's awesome. Anybody remember that issue of Spidey he was in back in the Macfarlin days? Good times!

I can't really cosign on GhostRider, since I loved his comic so much back in the day, but I agree with you about Elektra and the Punisher. I would think they are trying to duplicate the energy of Thunderbolts, with Villains and heroes on the same team, but the idea of Frank Castle being called a hero in any sense is troublesome.
I wonder also if any of the spots are temporary (Elektra for example, would be a good foil against Daredevil and the Hand).