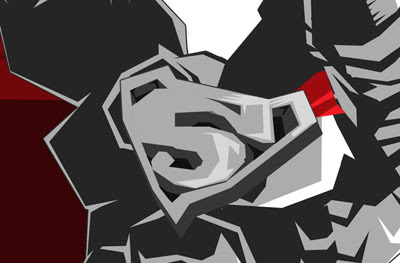 last night, I drew this picture of John Henry Irons, better known as Steel, one of the replacement Supermen from when they killed Kal-el back in the nineties and member of the Justice League. 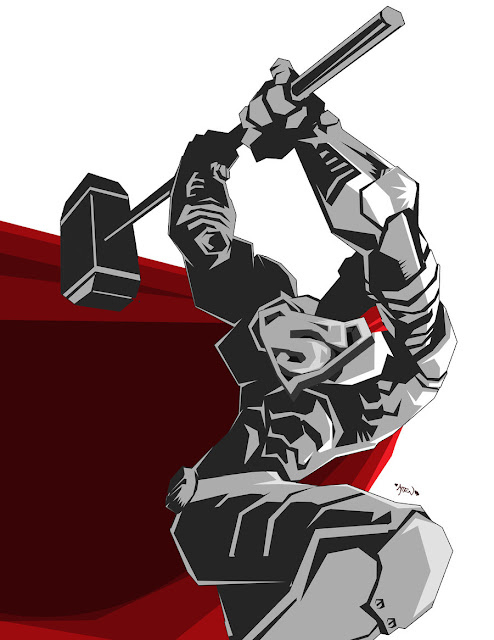 Steel... by Samax Amen
I bought and enjoyed the issues Steel appeared in for the so-called Reign of Supermen

. After Superman came back, Steel got his own series,

which I only looked at marginally. The Superman issues he was in were done by Louise Simonson and John Bogdonove, whose work I already liked, and I didn't like that they took the Superman symbol off of Steel's costume at the end of Reign. Hence, I restored it for this drawing. 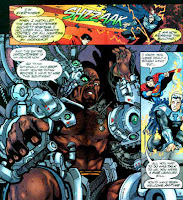 Of course, for a lot of people the character was irreparably ruined by that Shaquille O'neal movie

, but I still like the character. S-symbol notwithstanding, Steel was often pretty awesome in Grant Morrison's expanded JLA lineup

. In typical Grant Morrison fashion, John's inventing genius grew to mythic proportions... but it didn't often happen until he got his butt kicked first. Steel is an example of the kind of D-list character I would LOVE to get to work with. He's loaded with potential that so far has only been hinted at...
So if you know any decision-makers at DC, give 'em my info!
holla!

ahhhhhhh! Soooo good. Love when your images go all iconic like this.

You know who else I'd love to see you do a "classic" type image of? Cassandra Cain: Batgirl 2.

@ArtLove- thanks. I pro'lly will do Batgirl at some point, since DC ditched her.

Eyo Samax, I posted that pic on my Tumblr site if you don't mind.. It's just too bangin'!

www.SKIDOREP.tumblr.com
Forgot to give you the link.

Congratulations. You're featured in Comicsalliance Best Art Ever:
http://www.comicsalliance.com/2013/06/14/best-art-ever-this-week-man-of-steel-edition/

@MrDeeds- Yeah, I saw that. One of my friends pointed it out to me! Thanks for bringing it up, though... Nothing wrong with a little ego boost.