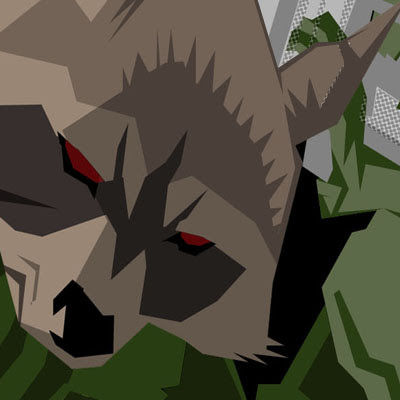 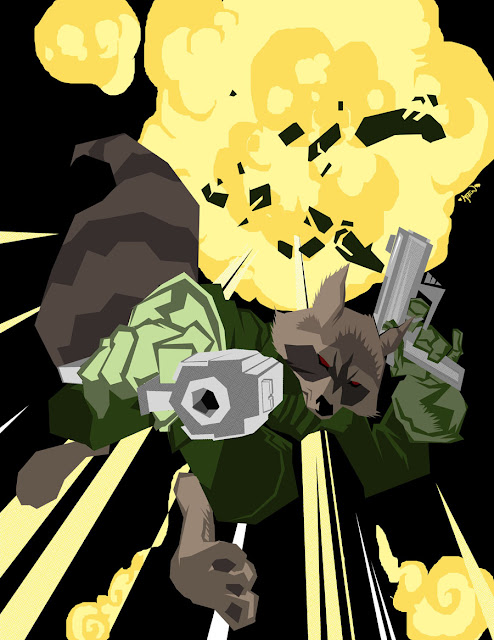 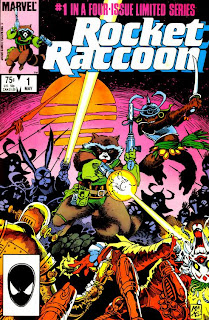 Last night I drew this picture of Rocket Raccoon, a rare example of Marvel doing an in-continuity anthro character and an example of how diverse and flexible Marvel can be when they aren't busy pandering to the lowest common denominator. He appeared in The Incredible Hulk

before starring in the Rocket Raccoon miniseries

written by Bill Mantlo w/art by Mike Mignola, and he is part of Marvel's space-faring team, the Guardians of the Galaxy

. I haven't read any of these, but would like to check 'em out.

I thought this turned out well, considering I rarely do cartoon animal stuff... I'm not really sure how long it took, because I fell asleep while I was drawing it. Oh well... Anyways, you can get a free print of any character you want (like, say Rocket Raccoon) with a paid subscription to GhettoManga Quarterly magazine. If I don't have one already, I'll draw you a new one. This offer expires New Year's Eve

This is insane. I love it!

thanks! It was fun!