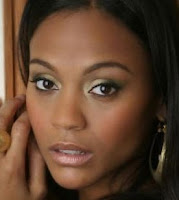 if you were able to watch Star Trek without falling in love with Zoe Saldana (The Terminal, Drumline), then you are made of sterner stuff than me, homey! you'll get another chance to show what a heartless bastard you are when Zoe shows up on screen as the tough-as-nails Aisha from the movie version of the bangin' Vertigo Spy-fi Conspiracy comic The Losers, due to hit next spring. you can go here for my review of Ante Up, the first Losers TPB, but suffice it say, there's lots of shooting, government corruption, and blowing stuff up. 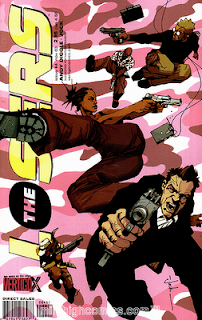 The Losers (which will also star Idris Elba, Jeffrey Dean Morgan, and Columbus Short) will be directed by self-proclaimed girlfight fan Sylvain White (Obsessed, Stomp the Yard) so hopefully Aisha will be as much of a jawbreaker in this as she is in the comics. the source material lends itself to an easy movie adaptation, and so far, the cast is mustard. let's all cross our fingers in anticipation of a great movie. The Losers is due out April of 2010.
holla!
-samax
ghettoManga.com
comics.hipHop.news.art.culture
edited by Samax @ 12:23 PM