here's a really nice in-depth Jay Electronica interview with Redbull Academy. It's dope because it's less like a typical rap mag interview and more like inside the actor's studio or something. 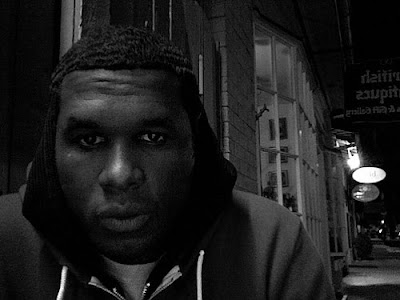 I also enjoyed the degree to which Jay is nervous or apprehensious about doing the interview at first. But once he opens up, he's very candid about the evolving and spontaneous nature of his music releases, as well as the personal and cultural significance of being an Emcee coming from New Orleans. If you got the bandwidth, it's a nice long interview even for non-rap heads to get a feel for Jay, who is easily the most hotly anticipated young talent in hip hop right now.  For more Jay Electronica, click here.
edited by Samax @ 6:51 PM

That was awesome. I'd really like to see more rappers, or even comic artists interviewed that profoundly.

Right. I was really pleasently surprised at the length and tone of the interview. it was more like a mediated lecture. Really reminded of that show inside the actor's studio. or even Charlie Rose.

the interviewer was great. easygoing, but incisive.