Comicbook World #42 Attack of the Drones 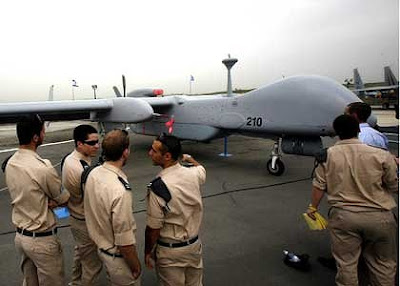 Israel is often at the center of the controversy and problems In the Middle East. Since many of the Muslim nations in the area deny Israel's right to exist (and Israel would like to keep on existing), the Israelies have a pretty strong, often agressive military machine. The deep religious and cultural hatred between the countries in the region makes hope for permanent peace seem impossible. This is made even harder of course, when enemy states like Israel and Iran start showing off their weapons systems, and bragging about their ability to kill each other with them.Unfortunately, that is exactly what countries tend to do... 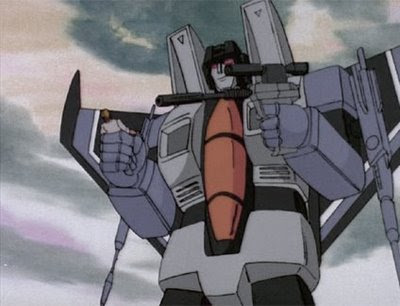 This weekend, Israel unveiled the newest addition to her air force, the Heron TP: A bigger, stronger version of pilotless aircraft capable of flying at higher altitudes than previous unmanned drones and attacking targets in Iran. The good news for unsuspecting Iranians is that the drones do not- to my knowledge - transform into giant robots that feast on the flesh of the gentiles or anything like that... But the TP is big (about the size of a 747), so it can carry plenty of that hot shit to drop on you from above, so be advised!

They make one side of the conflict bloodless and risk-free*.

They may reduce the effectiveness of on-site situational intel by limiting the pilots view and focusing him on the target. Plus, your C.O. literally standing behind you makes situational decisions outside of the mission parameters a bit difficult.

They're boring! Imagine Top Gun II with a bunch of guys just sitting in a room! Think of the stories those guys can tell of not landing on a pitching deck at night after not heading out on a dangerous nap-of-the-earth sortie deep into enemy territory!

And while I might be impressed if it did transform, I'd be much more impressed if, in the process, it lost half it's mass to go from something the size of an F-15 to a large handgun:)

*"It is well that war is so terrible - lest we should grow too fond of it"
-Gen. Robert E. Lee

yup.
It's also the kind of 'cowardly' tactic that emboldens terror attacks.

this is the kind of military tech we will see more and more of. Thinking of Lee's quote, Chompsky said we only talk about how much wars will cost us (in terms of money and troops), or in his words "whether we can get away with it" and very little about whether it is right to fight them.