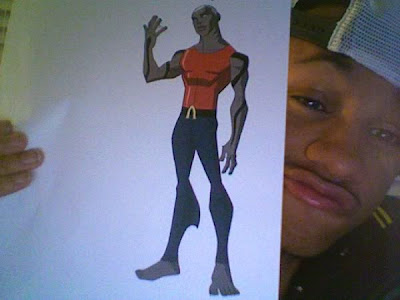 my dude Wallrus of BlackSuperheroBlog wrote: "The Web abounds with rumors about an upcoming Young Justice animated series and I have to say I like what I see so far. The biggest part of the series of rumors to date is that of Aqualad being Black and played by a Black voice actor." (to read Wallrus' full post click here) I feel comfortable reporting that these are more than rumors. 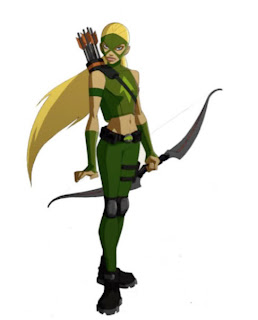 Although they have yet to make a formal announcement, Warner Brothers is most definitely working on a new series called Young Justice League loosely based on the DC comic Young Justice

(which itself started off as JLA jr).  Speculation of a black Aqualad makes sense as a diversity tactic, since they will not use any of the characters from Teen Titans Go including the team's black powerhouse, Cyborg. Whether they are retrofitting the existing Aqualad, or creating a brand new character is unclear. The Young Justice League line up will also not include Kid Flash, Robin, Speedy or Green Arrow, opting for Nightwing, Impulse and Arrowette instead. Also rumored in the line up is Conner Kent (Superboy) and Martian Girl. more news on this as it comes out...
holla!
samax.
ghettoManga.com
comics. hiphop. news. art. culture
edited by Samax @ 10:00 AM

Also curious if there will be a mentor for the group?
GL John Stewart would be nice.

right. i read that elsewhere.

I don't know what they will do, but I don't think they necessarily need a mentor figure (Titans Go did fine without one), but there's certainly lots of options.

Cool. It'll be interesting to see what animation style they use. As much as I like the Batman TAS/JLA style, I think it's time for something as groundbreaking as BM:TAS was.

And, I keep getting caught up in how dumb a name "Arrowette" is. Kind of insulting, really. Kinda like the reason Robin became Nightwing.

having a dumb name is probably required to be a sidekick.

Looks good its just annoying the crud out of me that aqualad is black. Not being rasist or anything but if they needed a wider range in diversity they could have gone with anumber of better people cyborg(would have been best choice)or that new firestorm guy or await Static would have been a great member.

it doesn't BOTHER me that aqualad is black, but I would have preferred any of the other characters you named...