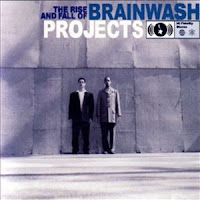 There's a pretty good chance you have never heard of Pigeon John and B-Twice, known collectively as Brainwash Projects, of the mighty LA Symphony rap collective. to my knowledge, the duo only released one full length album, aptly titled The Rise and Fall of Brainwash Projects

In my opinion,  Brainwash was the tip of the spear for LA Symphony (Sharlock Poems is pretty dope too), and a casualty of the disappearance of LA hip hop from the national stage. There is so much dope hiphop coming from the west coast that went unnoticed because people were only checking for that gangster isht from them at that time... 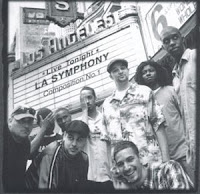 "This is BeePee... we break up every other week, then we come back together to make the stuff tweak!"... the group's history was tempestuous to say the least. while Pigeon John has went on to some solo success on Quannum (same label as Blackalicious), he has done some shows with LA Symph since, so I will hold out hope for a new BeePees record... for now, get more Pigeon John in your life by clicking here.
Holla!
-samax
ghettoManga.com
comics.hipHop.news.art.culture
BONUS! Daydreamers and San Diego

One of my very favorite albums of all time. BTW, they did a new song a few years ago over a Dert beat, and planning a new record. But, it's likely not to be finished.

I'm glad they at least are keeping the hope of a new beepee record alive. Dert is nice with it, too...

This album is unquestionably dope. I challenge heads to find a reason not to like it, but generally have only gotten nonsense rebuttals.