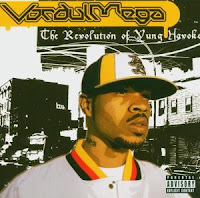 Happy Thursday everyone! I hope everyone's feeling good... I woke up this morning humming the hook to Believe, a stand out track from Vordul Mega's 2004ish solo album The Revolution of Yung Havoks

, so I figured if it helped me get my day started, it might help you, too... 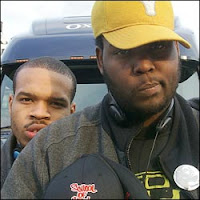 If this cat feels familiar to you, but you don't know why, it's because you're recognizing Vordul from his partnership with Vast Aire, known collectively as the mighty Cannibal Ox. If they never produce  anything noteworthy again, Can Ox deserves props for their 2001 El-Producto laced album, The Cold Vein

, a study of edgy underground New York hip hop. the duo combined again on Vordul's solo album for the nifty bit of New York rap, Handle That, where Vast earns another thumbs up by name-dropping Namor the Sub-Mariner.
and yeah in case you're wondering that WAS Jean Grae on the hook for Believe. For some reason, cats were throwing Jean on hooks a lot at that time, without letting her rhyme. Don't fret, I got the phoenix force below on Swing Blades.

anyways, be easy... Friday'll be here before you know it! If you need more Can Ox in your life (who doesn't?!), peep the track Scream Phoenix.
holla!
samax.
ghettoManga.com
comics. hiphop. news. art. culture
edited by Samax @ 9:24 AM