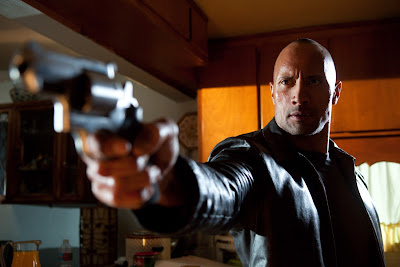 photo from The Rock's next film, Faster 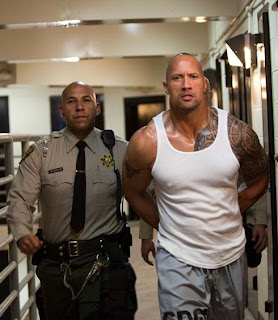 When Dwayne Johnson aka The Rock retired from pro wrestling to become the next action star, I was really excited, especially since he had the blessing of the Last Action Hero

Arnold mother effin' Schwarzenegger. Since then, the Rock's movie career has been spotty at best, but showing signs of good things to come. Disappointing films like The Mummy Returns

and The Scorpion King

only helped make Be Cool

look even more awesome. Only his apparent addiction to lame family movies (has Eddie Murphy taught us NOTHING?) seems to be holding the People's Champ from his signature breakout performance. But maybe the wait is over... 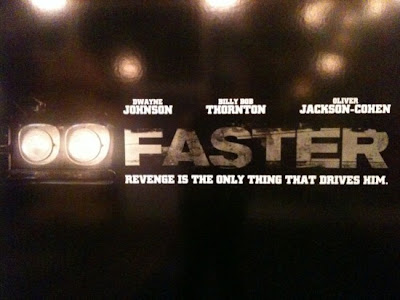 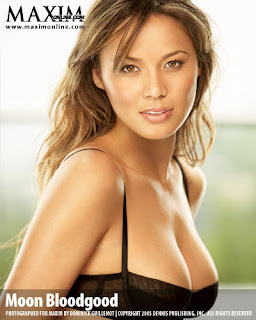 Faster has the Rock playing an ex-con looking to avenge the murder of his brother. Billy Bob Thornton (Bad Santa, Eagle Eye) will be one of the detectives on The Rock's trail... but he'll hafta get in line as there'll be mad folks chasing your man from both sides of the law. The hot but unfortunately-named Moon Bloodgood  (Eight Below

) will be playing the Rock's girlfriend, so hopefully director George Tillman Jr (Notorious

) doesn't run from the R rating, and can make up for lost time, dropping the bloody, sweaty masterpiece that the Rock's millions (and millions) of fans deserve!

Email ThisBlogThis!Share to TwitterShare to FacebookShare to Pinterest
Read More About: movies, preview

FINALLY!!! i've been so disappointed with Johnson's choice of movies since those earlier action flicks he did, so i hope this one's awesome. he really needs to do this action stuff. he needs to do a movie where the plot is "The Rock kills EVERYONE" and it looks like this might be it.

Moon Bloodgood is "unfortunately-named", are you crazy?! such an awesome name!!! XD

it's great for us, but I wouldn't wanna be named Bloodgood unless i was a vampire... well, i guess that IS pretty awesome, now that i think about it!
lol!

I don't know who is agent was/is, but watching the commercials for the Disney flicks he was doing was unbearable!!!

DAAAAAAAMN!! Cuba did fall off!!!