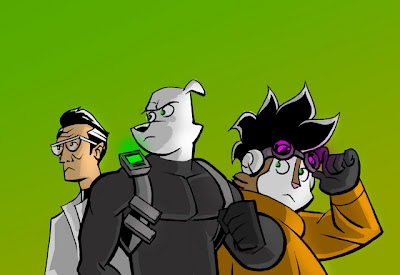 I pro'lly wouldn't have bought Indego Blue #1 if I hadn't interacted with series artist Howard Russell on Twitter. Even after following a link from his Twitter to view the title's cover I wasn't interested in buying it. I took it for one of those boring anthro comics that are so popular among manga fans... Nothing wrong with that, I guess, but I myself am not into them. Luckily for me, I got a chance to thumb through #1 at my comic shop, because it's pretty dope... 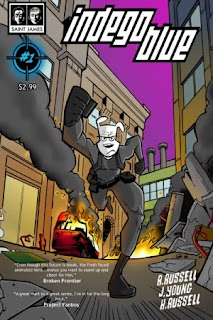 The book is actually a pulpy sci-fi action tale set in a future where the government inadvertently creates a permanent underclass of animal-human hybrids, hated by normal humans and hunted by armed government kill squads. From this terribly bleak backdrop emerges Indego Blue, essentially a terrorist/freedom fighter who uses his considerable combat skills to protect and liberate other hybrids like himself with the help of human and hybrid accomplices.
The clean cartoon-style art by Howard Russell makes the book work, at the same time balancing out and enhancing the dark tone of the script supplied by Robert James Russell and Jesse Young.  The first issue sets the stage and introduces the players for what looks to be a nice engaging series.
Here's a preview: 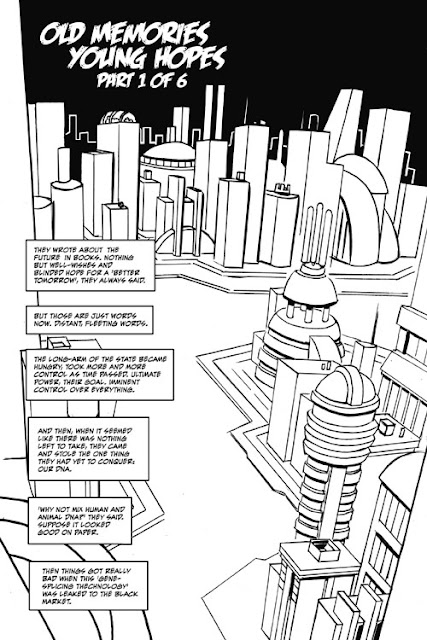 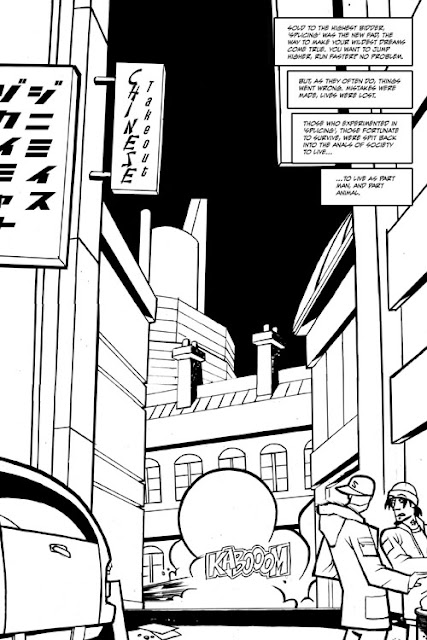 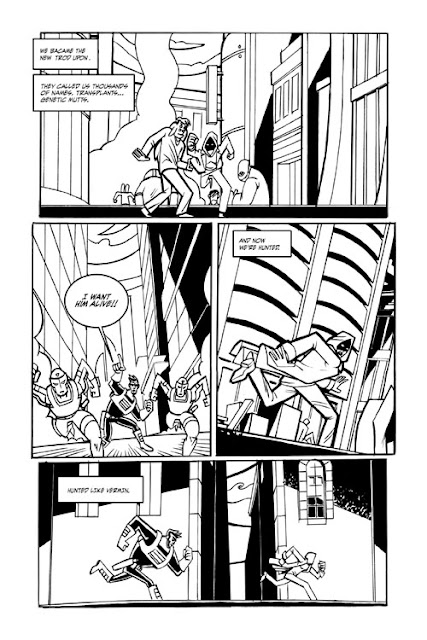 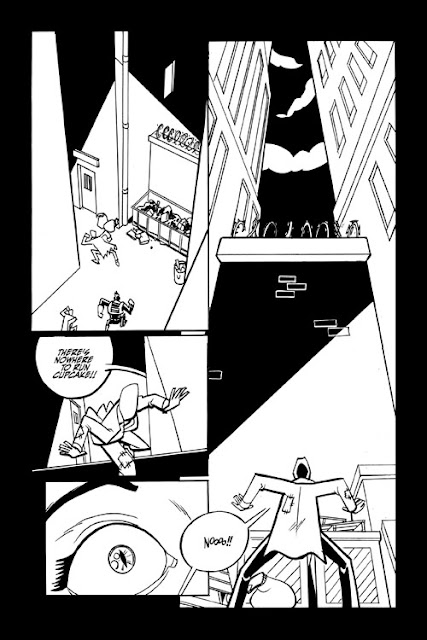 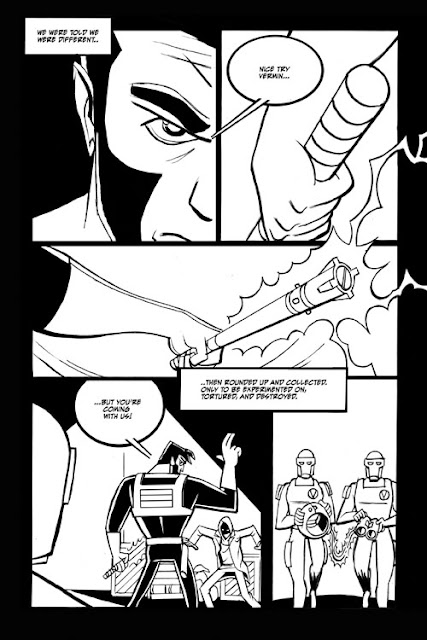 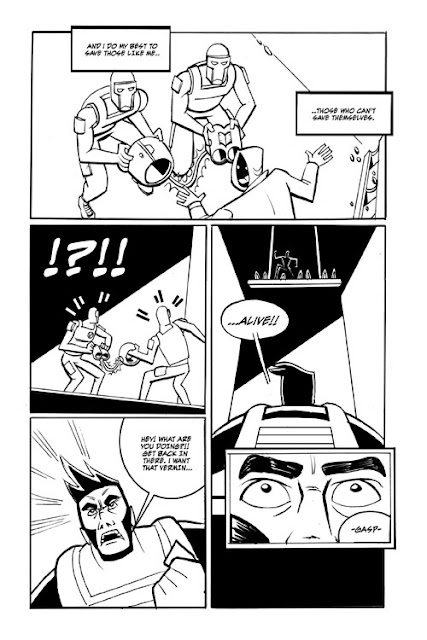