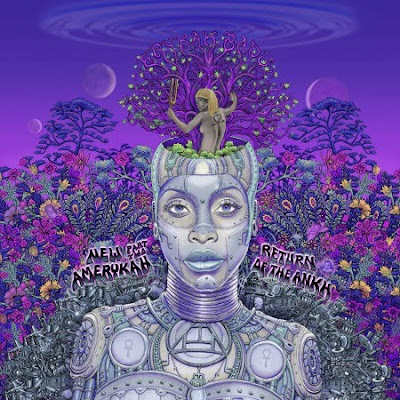 , which she leaked on her website (album drops March 30th)
click here for a brand new track off the album called Strawberry Incense produced by Madlib. 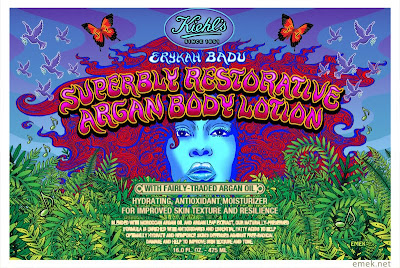 The new album cover is by that dude EMEK ("the Thinking Man's poster artist"), who does a lotta work for mother Badu, including the cover to New AmErykah pt one (below) package artwork for her lotion, and graphics for her ghettoManga Award-winning video Honey. "It's cool working with Erykah because she is a multi-talented artist with many interests and good ideas." Says the artist on his website "She is both hands-on and respects the artistic process in others. My work relates to what's going on in the world today; that's what I do- the themes I am drawn to, so working with her is a totally positive collaboration..." 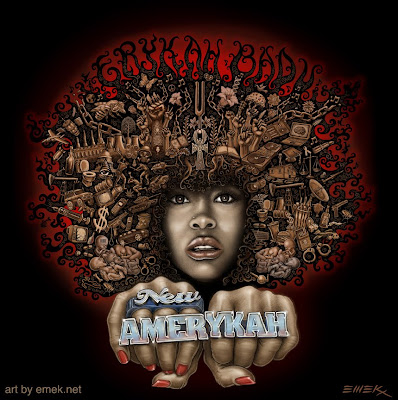 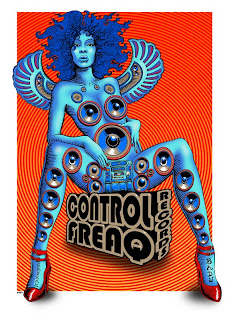 The first EMEK/Badu collabo I saw was this Control Freaq poster, which showed that these two really click well together creatively, and calls to mind the days of Parliament Funkadelic album covers that you look at while listening to the music. Badu is a true postmodern woman, whose sexuality, musical talent, and consciousness are hers to wield as she sees fit. EMEK does a great job on this joint portraying that boldness.  Since then, their collaborations have only gotten more ambitious.

The Southern belle has been going to EMEK for the bulk (if not all) of her tour posters, stage backdrops, and promotional pieces for the last few years, garnering applause from illustrators everywhere like me, who have benefited from the fallout of more musicians turning back to illustrators for creative work that used to be reserved for (often very poor) photography and graphic design. Badu did not CAUSE this resurgence of illustration as promo art, but a trend-setting musical talent of her caliber doesn't hurt, especially when you look at the bulk of work she has collaborated with EMEK to produce. 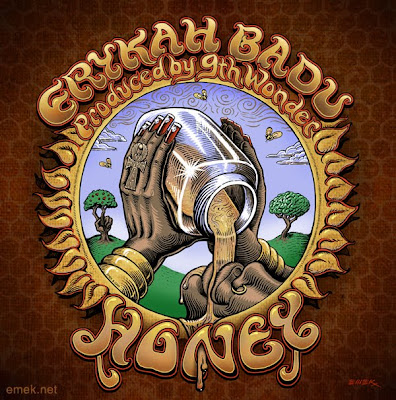 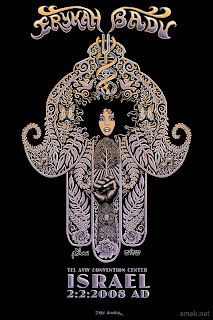 EMEK's work bounces back and forth between cartoony and naturalistic with such ease... It's satisfying on both a gallery art and an applied art level. And he has adapted himself to working with Erykah's image so well... I remember when the single for Honey dropped and I saw the art he did for the 12 inch, I was struck by how again he was able to blend the act of indulgence with the sensuality of the song, with a style that seems like it comes from a book of folklore... all these things call to mind the down-to-earth-while-supping-with-gods persona that Erykah has cultivated in her career. I can't wait to see what the gods and goddesses have been building for us on the new record